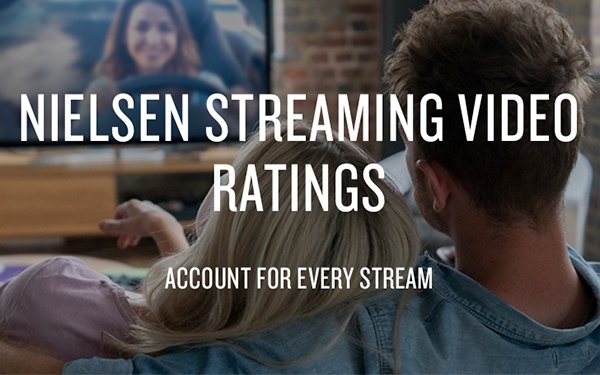 Deepening its efforts around streaming measures, Nielsen now says it will launch Nielsen Streaming Video Ratings, a syndicated service that will provide a “macro” look at platforms and devices.

The new service measurements “should be comparable to that of the metrics already used for linear TV,” according to a media executive who spoke with Television News Daily.

Nielsen says the new service will also include advanced audience demographics per platform.

Looking at specific streaming platforms, Nielsen says Netflix now accounts for about 7% of total time for the TV.

All this will complement Nielsen’s existing weekly data top 10 streaming programs that it recently made available, where program-by-program data is expressed in total minutes viewed.

By 2023, Nielsen estimates streaming platforms will total 210 million subscribers. It says one-third of streaming homes use three to four SVOD services per month. Nearly half of homes also use an ad-supported VOD (AVOD) service.