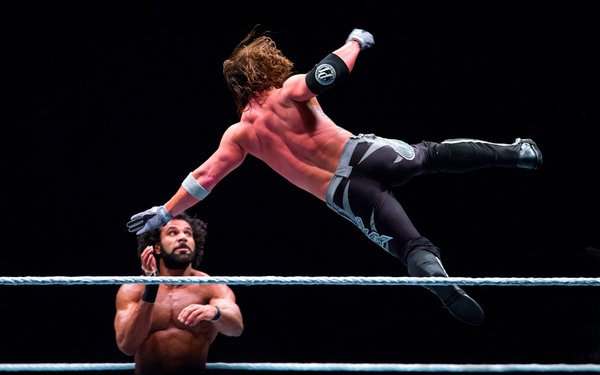 WWE, the big wrestling-focused entertainment company, dropped 9% in revenues to $263.5 million in the first quarter due to lack of live events and lower merchandise sales.

Some of this decline was offset by a March 18 deal for the WWE Network, which launched on NBCUniversal’s new streaming service, Peacock.

Also contributing were higher video-game revenue royalties, as well as better merchandise sales -- up 24% to $21 million from $4.1 million in the year-earlier period.

In the second quarter (April 10-11), “WrestleMania” in Tampa Bay, Florida pulled a combined 51,350 fans -- the first WWE live event since the COVID-19 pandemic began a year ago. “WrestleMania” week viewership grew 14% from the prior year’s event to nearly 1.1 billion video views across digital and social platforms.

Although revenue declined, WWE witnessed rising net income in the period -- up 68% to $43.8 million (from $26.2 million in the year-ago period), due to lower charges related to certain equity investments. Cash flow dipped slightly to $53.8 million from $57.6 million.