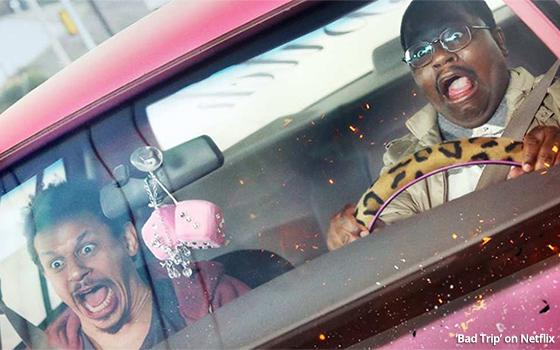 Although competitors keep taking share away -- with movies as a background -- Netflix still maintains a dominant position when it comes to average time spent with the service.

TVision says that in the first quarter of 2021, Netflix had a 23% share of average time spent on any subscription VOD service, down from 27% in fourth quarter 2020 and 28% in the third quarter.

In second place was Hulu with a 12% share in the first three months of the year, followed by Amazon Prime Video at 6%; Disney+ with 3% and HBO Max at 2%.

TVision measures second-by-second viewer attention to TV and CTV with an opt-in panel of U.S. households using computer vision technology and automated content recognition (ACR) to understand if viewers are “actively looking” at the screen.

While Netflix is regularly ahead in all programming categories -- original, acquired, and movies -- competitors are making some roads, reports Nielsen.

For the most recent reporting week -- ending March 28 -- it had seven of the top 10 streaming movies, including the No. 1 “Bad Trip” with 308 million minutes viewed.

Disney+, with “Moana,” came in at fifth place, 207 million), while “Raya and the Last Dragon”  was in seventh place, at 194 million). Amazon’s “Coming 2 America” was in ninth place with 154 million minutes viewed.