Oscars So Dull: Millions Say No To Movie Biz Boredom 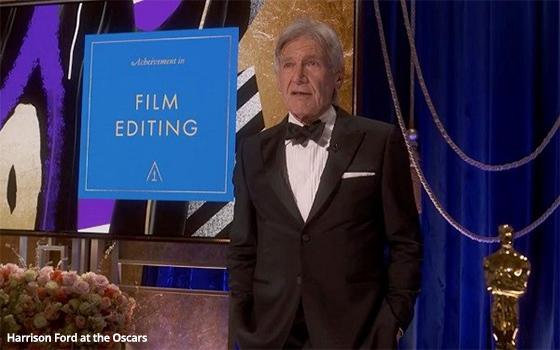 The first text arrived at around 9:15 p.m. Eastern time. “Most boring Oscars ever [with an emoji of a round yellow sleeping face],” wrote a friend who, to my knowledge, had never before contacted me to weigh in on an Oscar show while it was still underway.

His impression echoed my own as I watched the show on ABC Sunday night. My head swam with questions: What were these movies? Who were these people? Why were they all so glum?

“It’s supposed to be a party,” another friend commented on Monday, referring to the decidedly non-celebratory tone of this annual movie awards show that was staged this year in a train station.

Actually, the portion of the station that the show’s producers used, and gussied up with banquet tables and backdrops that echoed the art deco décor of L.A.’s Union Station, looked great on TV.

But as the camera panned the room and presented close-ups of the people seated around the tables, many people watching at home were no doubt struck by the lack of star power.

Not to take anything away from the nominees (and eventual winners) who were seen there, but the absence of stars whose faces register instantly with moviegoers gave this event the feel of a private banquet or gala that just happened to be on TV.

I have written this many times in my career: There is nothing wrong with the movie industry or any industry honoring its own in any way they see fit. But Sunday’s Oscars felt as if there was little reason for any of the rest of us to watch it.

Once again and for the umpteenth time, this industry -- the Movies -- that is universally known for its showmanship, applied none of it to producing its one chance all year to promote itself and its products before the entire world.

To continue this exercise in going over old ground, the speeches and other elements were so downbeat in Sunday’s Oscar telecast that I came to the conclusion -- again -- that Hollywood must be just about the saddest place on Earth.

For evidence that the Oscars are out of touch with the public they wish to reach, then look no further than the Nielsen fast nationals that came out Monday.

The dropoff was not too far off from the TV Blog’s own prediction last Friday that the Oscars could potentially see an audience decline of 62% (to 8.97 million viewers from 23.6 million a year ago), based solely on the 62% audience decline experienced by the Golden Globes on NBC last February.

Something has happened here that has little or nothing to do with the disruption of in-person movie-going caused by the COVID-19 pandemic.

What has happened -- perhaps hastened by COVID -- is that Hollywood now more than ever is a world unto itself, operating in isolation. It is a world that, come Oscar time, is increasingly disconnected from the rest of us.