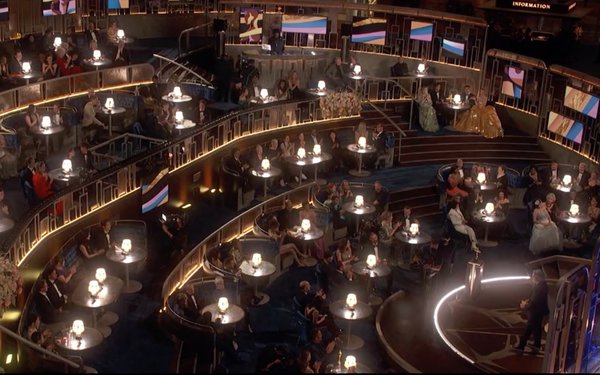 While ABC’s "93rd Academy Awards" witnessed a slight lift overall in national advertising revenues to $155.9 million, according to one estimate, Nielsen-measured viewership for the event turned sharply lower -- down a big 58%.

This is roughly in line with other recent major award shows' viewing drops.

Nielsen preliminary estimates had the Oscars sinking to 9.85 million viewers from 23.6 million a year ago, which until this year was the all-time low for the show.

The $155.9 million projection from EDO Ad EnGage would be up 4% versus last year’s ad revenue, according to Kantar -- which came to $150 million. Kantar estimated an average thirty-second commercial this year was priced at $2 million.

This year, MediaRadar says the biggest Oscar advertisers on the night -- which included Verizon, Google, Cadillac, and Rolex -- spent $24.6 million.

The big entertainment award show had 70 advertising airings from 37 brands. A year ago, there were 72 airings from 35 brands, according to iSpot.tv.

The most messages came from Verizon, with 7.

Hulu was next with five. Walt Disney’s Hulu the is sister company of the ABC Television Network.

Total advertising time on the show was nearly identical to a year ago -- 39.75 minutes versus 39.25 minutes.

Three of the movies up for best picture of the year -- "Mank," "Minari" and "The Sound of Metal" -- spent no money in national linear TV advertising, according to iSpot.tv.

The Oscars show is not alone in witnessing major entertainment award-program viewing declines. The list includes “The Grammys,” “The Golden Globes” and “SAG Awards” which had significant viewing declines anywhere from 50% to 60%.