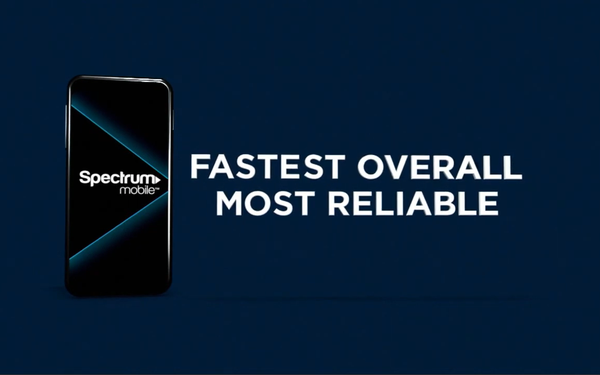 The decision, issued by the National Advertising Division of the BBB National Programs, came in response to AT&T's challenge to Spectrum ads that appeared on TV, radio and online.

The ads bragged of “the fastest overall speeds and the most reliable service, coast to coast.”

Some of the spots included disclosures in small print, stating that the “fastest overall speed” claim was based on cell and WiFi tests for Spectrum, Verizon, AT&T, T-Mobile and Sprint, in the Spectrum service area. Those disclosures were “immediately followed by a flurry of other claims and lengthy disclaimers,” according to the decision.

AT&T argued that Spectrum's boast of fastest nationwide speeds wasn't supported because it reflects a combination of Charter's fast WiFi speeds with its cellular speeds. AT&T also said Spectrum's claim only applies to speeds within its service areas.

Charter countered that mobile consumers connect to the web through cell networks as well as WiFi networks, and understand that the phrase “overall speeds” includes WiFi speeds. The company also presented evidence that WiFi accounts for most mobile data consumption.

The watchdog concluded that Charter didn't deliver an “overall fastest” speed, writing: “It is only when the consumer is located in certain markets or connected to Spectrum WiFi (at home or via hotspot) that she or he gains a speed advantage over competing providers.”

The organization acknowledged Charter's argument that faster WiFi speeds benefit consumers, but added that Spectrum Mobile subscribers “will never receive the fastest speeds nationwide when connected to its cellular network.”

Charter said it plans to appeal to the National Advertising Review Board, arguing that the decision “is based on an outdated view of mobile communications,” according to the written opinion.

“For today’s consumer, mobile communications are an integrated experience involving both WiFi and cellular communications, with the vast majority of 'mobile' communications occurring over WiFi,” the company reportedly stated.