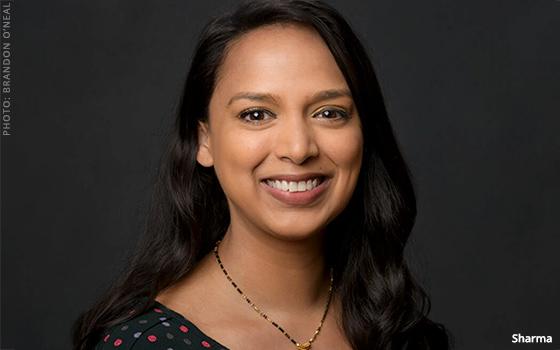 Versha Sharma has been named Teen Vogue's editor-in-chief two months after Alexi McCammond withdrew from the job over comments she made in tweets as a teenager.

Sharma will lead the magazine's editorial across all platforms, the company says.

Since 2014, Sharma has served as a managing editor and senior correspondent at NowThis. She has also worked as a newswriter and later associate publisher at TalkingPointsMemo. And she served at Vocativ, managing seven international bureau leads.

“Versha is a natural leader with a global perspective and deep understanding of local trends and issues — from politics and activism to culture and fashion — and their importance to our audience,” states Anna Wintour, global editorial director, Vogue, and chief content officer, Condé Nast.

Wintour adds, “She is a masterful storyteller who can move from platform to platform with ease, and I am excited by her optimistic and expansive vision for Teen Vogue.”

For her part, Sharma hopes  Teen Vogue “can continue to be a force for good, with a focus on empathy, accountability, optimism and impact, and it is such an honor to join this team and lead the title into the future.”

McCammond was to have started as editor-in-chief of Teen Vogue in March, but controversy erupted over racist and homophobic tweets she made 10 years earlier. McCammond apologized and the tweets were removed in 2019, but both insiders and outsiders protested her appointment.

Unique views were up 31% for Teen Vogue in March, according to Conde Nast. And time spent was up 49% YoY. The title now has a social following of more than 13 million followers.
magazines, management
Next story loading