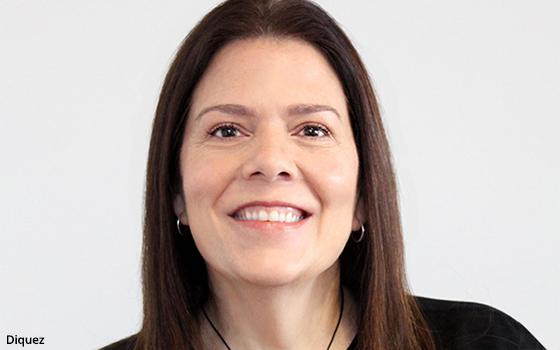 Omnicom’s DDB North America has hired Andrea Diquez to lead its Chicago office as CEO. Chicago is the agency’s largest office and Diquez is the first Latina to lead it.

She succeeds Paul Gunning who oversaw the Chicago office as part of his U.S. CEO remit. Gunning retired last year.

Originally from Venezuela, the 25-year-plus industry veteran has spent most of her career in New York, most recently serving as CEO of Saatchi & Saatchi New York.

Diquez is the latest in series of top-level management changes at the agency. Last summer Marty O’Halloran was named its new Global CEO and Justin Thomas-Copeland joined from Omnicom to take on the role of North America CEO.

Diquez will report to Thomas-Copeland who said she “combines creativity and connected thinking to deliver the unexpected to clients and spark growth.”

This story has been updated to report that Diquez is the first Latina CEO of DDB Chicago, not the first female as the agency initially announced.