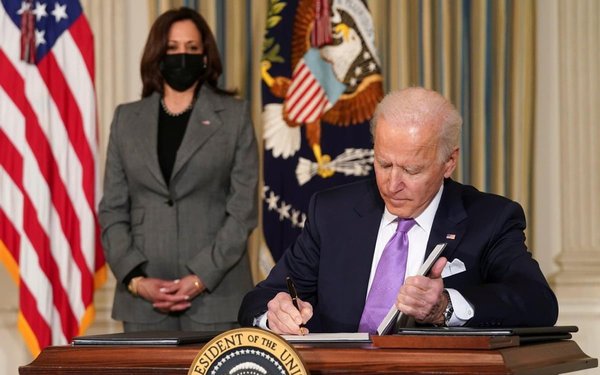 Trump's order specifically directed the Commerce Department to ask the Federal Communications Commission to issue regulations that could limit tech companies' legal protections when they restrict or remove material without providing a "reasoned explanation.”

He issued the order after Twitter alerted users to dubious claims he made regarding election fraud.

Many policy experts, along with some government officials, said last year that Trump's order was likely unlawful.

“Social media can be frustrating. But an Executive Order that would turn the FCC into the President's speech police is not the answer,” FCC Commissioner Jessica Rosenworcel, currently serving as acting chair of the agency, tweeted last May. “It's time for those in Washington to speak up for the First Amendment. History won't be kind to silence.”

“An executive order can't overrule a statute of Congress,” Jeremy Goldman, a partner with the law firm Frankfurt Kurnit Klein & Selz, told MediaPost last year. “There is no mechanism in the statute for any enforcement action by the FCC.”

Last October, the FCC began soliciting comments from the public about potential rules, but former chairman Ajit Pai said in January that the agency wasn't going to move forward with regulations.

“As we have consistently argued, President Trump’s Executive Order was an attempt to use threats of retaliation to coerce social media companies into allowing disinformation and hateful speech to go unchecked,” Alexandra Givens, President and CEO of the organization, stated Friday afternoon.

The Association of National Advertisers' general counsel Doug Wood said last year the order violates the First Amendment, but recommended at the time that advertisers hold off on legal action.

“We are advising restraint for the time being,” he told MediaPost last year. “It’s best to let this play out and monitor what will impact brands.”