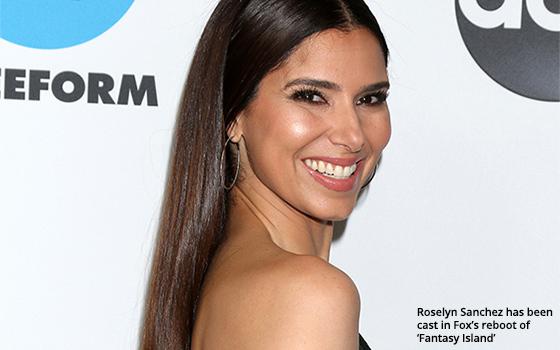 Charlie Collier, CEO of Fox Entertainment, speaking at a upfront press conference, addressed the question of how Fox as a traditional network can survive and thrive in the rapidly accelerating streaming and/or on-demand world.

“A phrase that we are fond of is ‘You can’t corner the market on creativity,’” he says. “We feel we are a place where everyone knows we are focused on elevating their work, doing few things better. It’s pretty great in having a start-up mentality.”

Coming out of Fox Corp.’s deal to sell half of its businesses to Walt Disney, he says the focus was a free, ad-supported media company, which includes combining important live sports programming with quality scripted/unscripted programming.

And Collier says results are good: “We are going to be the No. 1 broadcast networks for the key demo for the second year in a row.”

He adds that there are obvious synergies with streaming. For example, all of Fox's prime-time shows will be on Tubi.

At the same time, there will be another 140 new original hours exclusively devoted to airings on Tubi.

What does this mean for advertisers? Marianne Gambelli, president of advertising sales at Fox Corp., says: “We are looking at Tubi as the perfect broadcast extension to our Fox linear product, extending to younger, more diverse audiences -- obviously light TV viewers,” she says.

“It a big focus of ours to match the growth of audiences in the space, and the shift we are going to see in dollars to support AVOD given the comfort people have gotten [with streaming]”

Fox says the median age of Tubi viewers is 37 -- much lower than the 60-year-old plus median age of virtually all broadcast TV viewers.

For this fall, Fox will start three new dramas: “The Big Leap,” about a down-on-their-luck group looking for a better life through a “potentially life-ruining reality dance show” (Monday, 9 p.m.); “Our Kind of People,” which follows a single Black mom’s efforts to reestablished her family’s name, as well as promoting a haircare line (Tuesday, 9 p.m.) and “Alter Ego,” a new singing competition show (Wednesday, 9 p.m.)

There are two mid-season dramas to come: “The Cleaning Lady,” about a Cambodian doctor who comes to the U.S. for a medical treatment to save her ailing son, and “Monarch” an hour-long scripted series about America’s first family of country music.

Two midseason comedies are “Welcome To Flatch,” about a documentary crew that stumbles upon the Midwestern town of eccentrics, and “Pivoting,” about three women childhood friends forced to cope with the death of the fourth member of their group, set in Long Island, New York.

On tap for the rest of the season: Comedies “American Auto” and “Grand Crew,” six unscripted series: “AGT: Extreme,” “American Song Contest,” “That’s My Jam,” “The Wheel,” “Who Do You Think You Are?” and “Home Sweet Home.”

There is also one docudrama, “LA Fire and Rescue,” and one limited drama series: “The Thing About Pam.”