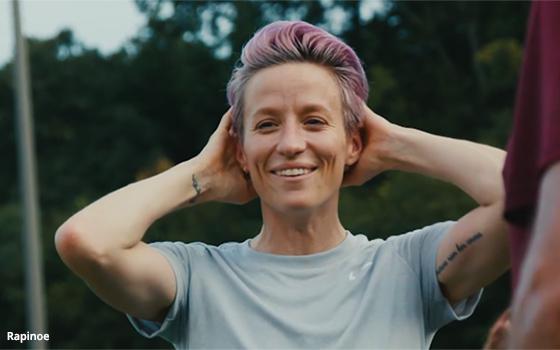 With the world starting to open up again post pandemic, Clif Bar is out with a new ad campaign reminding people of the benefits of physical activity, and how Clif Bars supply energy to sustain that activity.

The brand’s new “Let’s Move The World” campaign is designed to capture the spirit of adventure and “celebrates the openness to try, the energy to do, and the nutrition it takes to move the world,” according to the company.

The creative—featuring iconic athletes Megan Rapinoe and Venus Williams--showcases a range of energetic movement, from a pick-up game of basketball and street dancing to kickboxing and strength training. The cast also includes ordinary folks taking part in activities like skateboarding and jogging. The acclaimed Dragon House dance group also makes an appearance.

The campaign will launch in the U.S. with video ads on Hulu, Roku, and YouTube followed by social media content on Facebook, Pinterest, and Snapchat, in addition to audience-targeted display. Throughout the summer and fall, the campaign will also leverage TikTok and audio on Pandora and Spotify.

The effort was developed by the in-house Clif marketing team with support from agencies including Troy, MI-based agency SMZ, GroupM’s Essence and food and beverage specialist marketing communications agency Edible, part of Edelman.

Clif senior brand director Liza Darnell said that “‘Let’s Move the World’ is an invitation to not only move individually, but collectively. Whether breaking a sweat or breaking the mold, when we move, the world moves with us.”