Don't Try This At Home: MilkPep's New 'You're Gonna Need Milk For That' Campaign 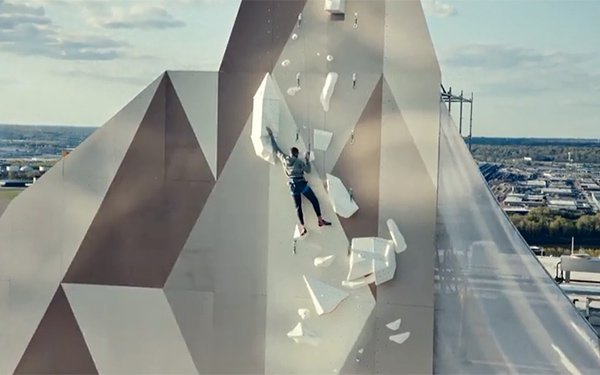 You’re gonna need a lot more than milk for that -- but MilkPep’s new campaign is quite a leap (so to speak) from the old milk moustache ads or the more recent social media spots of kids’ wacky milk adventures.

The new campaign, dubbed “You’re Gonna Need Milk For That,” features elite climber Kai Lightner scaling to the top of a Kansas City sky craper in a two-minute film directed by Nick Martini.

Serving as creative director on the film is Jimmy Chin, mountaineer and filmmaker who won an Academy Award a few years back for “Free Solo,” which chronicled climber Alex Honnold’s effort to climb El Capitan without the aid of ropes or harnesses.

The main idea, beside providing the viewer some dramatic entertainment, is to showcase what milk helps athletes like Lightner achieve. Milk is positioned as “the original sports drink.”

“The 'You’re Gonna Need Milk for That' campaign intends to drive dramatic reconsideration of milk and its ability to fuel performance,” said Yin Woon Rani, CEO of the Milk Processor Education Program (MilkPEP). “With today’s intense focus on health and wellness, and milk’s rich track record of fueling the world’s top athletes since 776 BC, we are not just asking people if they’ve got milk, we are giving them a contemporary and relevant reason to go and get milk.”

The campaign was developed by creative agency Gale, part of MDC Partners, in collaboration with PR and influencer marketing agency Hunter and shopper marketing specialist The Mars Agency.

ad campaign, beverages
1 comment about "Don't Try This At Home: MilkPep's New 'You're Gonna Need Milk For That' Campaign".
Check to receive email when comments are posted.
Next story loading