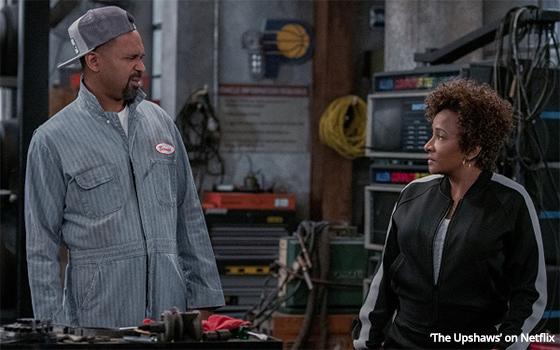 Many of us who were alive when the very first all-black (or mostly black) sitcoms came on the scene in the 1970s remember well the unique, historic nature of their debuts.

They were a big deal, representing the turning of another corner in America’s social evolution. The most notable of these was “Good Times,” which premiered in February 1974, a series about an African-American family and the challenges they faced as residents of the decidedly lower-income Chicago projects.

However, “Good Times” was not the first. “Sanford and Son,” which premiered in 1972, beat it to the air by two years.

But in the years that followed, black sitcoms or at the very least, sitcoms with black lead characters became commonplace, including (in no particular order): “The Jeffersons,” “Diff’rent Strokes,” “What’s Happening,” “Amen,” “Family Matters,” “227,” “Martin,” “Living Single,” “The Steve Harvey Show,” “The Jamie Foxx Show” and others too numerous to mention.

The reason for this brief history is to somehow place “The Upshaws,” a new black sitcom that started streaming earlier this month on Netflix, in the continuum of black sitcoms.

After watching the first episode of the show last week, it was easy to conclude that the show fits right in. Indeed, it seems to have been inspired by many of the black-family sitcoms that came before it -- which is a plus, not a minus.

The show -- a traditional three-camera sitcom -- is another in the growing number of made-for-Netflix sitcoms that are little different from the comedies that have long been made for ad-supported networks -- most notably, the broadcast networks.

Just about the only difference between “The Upshaws” and some of its antecedents listed above is that “The Upshaws” traffics in some language that would not be deemed suitable for broadcast TV (but acceptable on basic cable).

Credit for creating and developing “The Upshaws” goes to two of the show’s stars, Mike Epps and Wanda Sykes. He plays Bennie, the dad of the working-class Upshaw family, who live in a middle-class neighborhood in Indianapolis.

Sykes plays an aunt of some kind, and Kim Fields plays Bennie’s wife. There are a handful of children in the show too, including at least two who Bennie fathered during periods of his life before he became domesticated. And that’s the show.

Sykes is 57, Epps is 50 and Fields is 52. All three are old enough to remember most of the black sitcoms that have come and gone during their lives. Indeed, Fields was even in one of them, “Living Single.”

Sykes and Epps (pictured above) seem to have purposely styled “The Upshaws” to be familiar to its audience, rather than groundbreaking, different or otherwise jarring. This is not at all a complaint.

Instead, an African-American family sitcom such as this one is more than welcome. And if the shows that inspired it are any indication, it should find a wide audience.