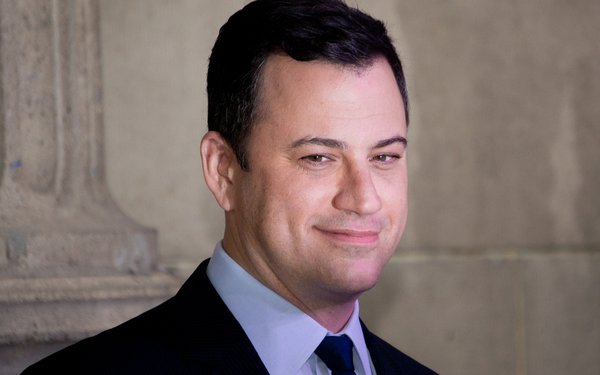 Socially savvy pop-culture comedians always have a keen sense of their surroundings. This includes the TV business, which they know well and occasionally jab.

Well, that’s been the domain of ABC’s late-night host Jimmy Kimmel and his now regular skewing of the TV industry during upfront week. He leaves no stone unturned -- even toward his own company.

This stuff isn’t broadcast ad-friendly TV. Think of those celebrity “roasts.”  Or imagine you are at a standup club with lots of blue material.

TV advertising trends, plans and potential deals are natural thoughts at these events. In regards to sponsorships, on the Disney-owned Hulu streaming service, there’s a new Kardashian-Jenner family reality TV show in the works.

“Who could ever imagine that one day Kris Jenner would be open to sponsorships and integrations? Are you telling me the woman who sold her daughters to Sketchers is finally ready to cash in?” asked Kimmel.

And then there is always a popular claim: Who is really the No. 1 TV network? All TV networks profess that title -- to some degree -- depending on your favorite industry metric.

In talking about Disney-ABC signing a long-term deal for the NHL, he says: “At long last, America’s fourth-favorite sport returns to its fifth-favorite network.” And then Kimmel stops himself.

Well, ABC might be first -- with certain qualifications. “When sports are excluded from the ratings, ABC is at or near the top of the heap. And if you exclude all the murders, John Wayne Gacy was a world-class party clown.”

As he has done in the past, competing TV networks weren’t immune from his barbs. About CBS telling everyone it is the most watched network, he says: “Being the most-watched network, is like being the best-selling fax machine.”

For NBC, Kimmel says it is going ahead with the Tokyo Olympics this summer -- even with the threat of rising COVD-19 infections in that country. “Even if they have to kill every last person to do it. Why doesn’t NBC just move the Olympics to Chicago like they do every other show?”

On the new Fox series “The Big Leap” -- about a group of reality TV dance show underdogs trying to put on a modern, hip version of “Swan Lake”: “That show won’t make it till the end of this sentence. If you have to described something as hip, it isn’t.”

In regards to the failing health of live, linear TV business: “Somehow, with everyone stuck in their house -- with nothing to do but watch TV over the past 14 months -- we still managed to lose ratings.”

Kimmel also thanks outgoing Disney CEO Bob Iger: “For me, for us, we say thank you, Bob. Also ... why the fuck was “Mulan’ $30?” The big live-action movie price tag was in addition to $6.99 a month fee for Disney+.

Good news: Disney+ is making money and growing quickly. But at the same time, traditional TV has a hard time keeping pace with streaming services. “At this point, lets call ABC what it really is: Disney minus.”

“We are all screwed," he added. "My kids don’t even know what commercials are. When we go on vacation, and we put on Cartoon Network or something, they are like: “Why is this woman doing laundry in the middle of our show?’”

“I hope to see you all in person next year... Until then, give us your money. We’re Disney. We are going to get it one way or the other.”