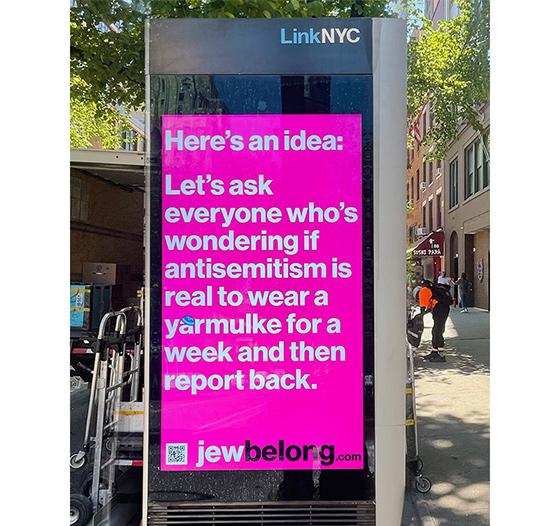 In the wake of a series of attacks on Jews across the U.S., JewBelong, a nonprofit dedicated to explaining Jewish traditions to gentiles has launched a new campaign to combat antisemitism in New York.

The OOH campaign, dubbed “JewBelong or JewBeGone,” is scheduled to run through July in high-traffic locations, including PATH commuter trains and Times Square.

The launch ad, running on 750 billboards and posters in Manhattan reads: “Here’s an idea: Let’s ask everyone who’s wondering if antisemitism is real to wear a yarmulke for a week and then report back.”

According to the group, the objective is to “elevate awareness about the rampant recent antisemitism and to encourage dialogue, support and community awareness.”