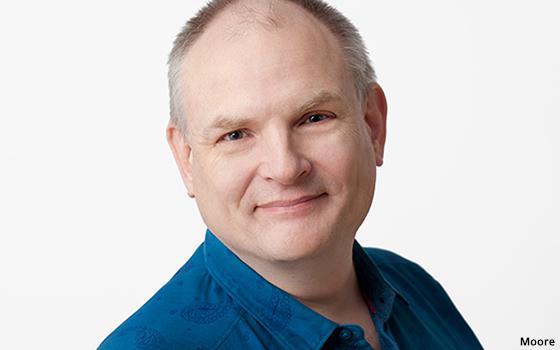 Andrew Moore, head of the Google Cloud artificial intelligence (AI) group, has joined a U.S. task force that would aim to give Congress a road map for creating a common research infrastructure built on the actions of U.S. citizens.

Announced Thursday, the National Artificial Intelligence Research Resource Task Force (NAIRRTF) -- a group of 12 members from academia, government, and industry led by officials from the White House Office of Science and Technology Policy and the National Science Foundation -- will draft a strategy for potentially giving researchers access to scores of data about Americans, from demographics to information on health and driving habits, The Wall Street Journal reports.

Lynne Parker -- assistant director of artificial intelligence at the White House Office of Science and Technology Policy and co-chair of the task force -- told the WSJ the department wants to give Congress a roadmap for creating a common research infrastructure that the government could offer to outsiders. Parker is co-chair of the new task force.

The U.S. government is looking for a powerful computing infrastructure and access to data to investigate a lot of “really great ideas in AI.”

Government agencies are looking for aggregated data to help train and support AI systems that would enable the U.S. to better compete with China and Russia.

Former Google Chairman Eric Schmidt in March urged lawmakers to increase funding for research and development in AI to prevent China from becoming the biggest player in the global AI market.

President Biden also said in March that he would return U.S. investment in research and technology development to be closer to the 2% of GDP that was invested in the 1960s -- from the current rate of about 0.7%.

This will be easier said than done. Sensitive data about individuals creates complex challenges in terms of making that data available to the broader research community, said Erwin Gianchandani, senior adviser at the National Science Foundation and co-chairman of the new AI task force.

If researchers could get access to that data, the transportation department, for example, could develop innovations designed to make driving safer, he said.

Census data, medical records, and more could potentially become available for research by both private companies and academic institutions, according to the report.

The task force will evaluate how to make the data available while protecting the privacy of U.S. citizens and how to address other ethical concerns, the report explains.