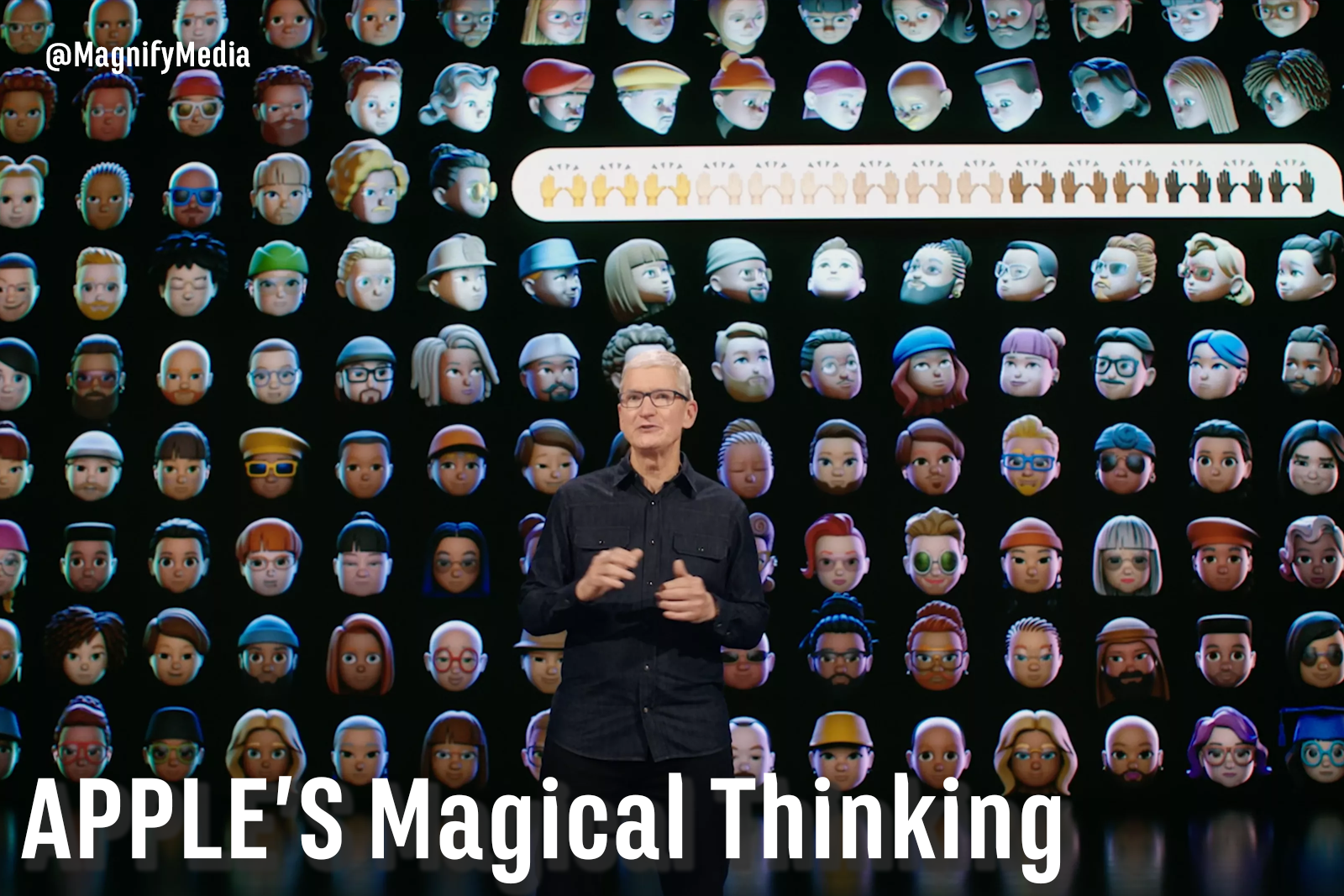 Apple is a big company that touches its customer's lives in many ways. So when I sat down to watch its Worldwide Developers Conference last week, I was looking for little hints on where computing was going.

Keep in mind that Apple is fiercely determined to color everything in the most positive ways; it never admits there’s a problem. So, for example, if your house was on fire, Apple would say: “We've noticed things are getting a little too warm. Perhaps you should step outside, and I'll dial 911 for you."

So, there was no mention of Apple’s involvement when the Trump administration's Justice Department subpoenaed Apple to get information about Democratic leaders, and then put Apple under a gag order.

Still, there were clues that, as the maker of the device that does everything from provide news to open locks, Apple know perhaps better than any other company that consumers are overwhelmed and exhausted by the continual onslaught of digital data.

So, Apple did a bit of jujitsu and provided features that will create more data and information while at the same time giving users the technology to change the way they consume and share information.

MacOS Monterey, the new OS that is rolling out first to developers and then to users by the fall, is full of new features. For example, Focus allows you to filter notifications, emails, FaceTime, and other types of connection based on what you're doing and where you are.

This is a charming idea but may be impossible to achieve. So, if you're at your kids' soccer game, you should be able to say, don't contact me about work matters, unless, of course, it's an emergency, or your boss, or a big client. I'm not sure that AI can differentiate from regular email and things that may be urgent.

This is the problem with Focus. Do I want to trust Apple to make decisions about the relative urgency of a communication? And, most troubling, when I'm focusing on work again, rather than family, the backlog of pings and notifications may be even MORE overwhelming. We'll have to see on this one.

Meanwhile, while Apple is trying to limit the flow of information, it's also exacerbating it. With SharePlay, a new feature in FaceTime, photos, podcasts, news, and Apple TV are now all sharable in real time. So, lots of group conversations  -- which will either be fun, or exhausting, or most likely both.

Then, buried in the presentation, came mention of the feature that is most mind-blowing and complicated. With "live text," users can now detect text in photos. This means they can transcribe a snap of a whiteboard into text, or see a photo of a restaurant or storefront, automatically grab the name of the business, including its phone number, and then click to dial.

Turning photos into data will have implications far and wide. As Apple explains it, "Visual Lookup also uses machine learning to help users discover and learn about animals, art, landmarks, plants, and more in photos." That seems innocent enough. But having AI be able to read data in your photos is far from innocent.

At the same time, though, Apple has rolled out a speed bump, allowing users to restrict how apps and sites are able to cookie you and turn your behaviors into ad tracing. This is great, and I'm telling every app that asks "no, don't track me."

This does, of course, explode the basic economics of internet advertising -- but Apple's not in that business, so it’s put privacy above all else.

Yale Privacy Lab founder Sean O'Brien told the Financial Times that Apple's promise of privacy without any proper enforcement is "extremely disingenuous."  And according to marketing strategy consultant Eric Seufert in the same article: “Anyone opting out of tracking right now is basically having the same level of data collected as they were before. Apple hasn't actually deterred the behavior that they have called out as being so reprehensible, so they are kind of complicit in it happening."

So Apple is walking a tricky line: building devices that create more and more data and interaction, while at the same time trying to limit digital overload and create new behaviors to limit distraction and facilitate Focus.

It's a line that matters, but it's risky at the same time. We'll see what happens when Monterey comes out -- but it's sure to be a surprise to some users.