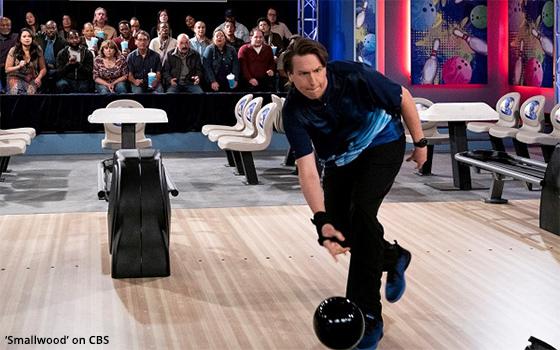 TV’s role as an advertising medium is getting a shot in the arm this month -- if the claims about the robust health of the upfront sales season are accurate, and not hyperbole.

This is a significant question because the networks making the claims are, by their nature, in the hyperbole business.

But even with the skepticism that is a prerequisite for a journalist such as yours truly, the news coming out of the networks recently is very heartening to those of us who appreciate the interplay between TV shows and sponsors as central to the very idea and function of the TV industry.

It is an advertising medium first and an entertainment medium second -- or at least this is what I was taught by various mentor-ish editors at the formative stages of my career.

This does not mean that the shows do not have to entertain or otherwise attract and sustain viewership. That is key to the process.

But traditionally, TV shows were set up to make room for the commercials while also carving out opportunities within the shows for product placements and the like.

According to the various statements coming out of TV Land lately, this way of doing business appears to be alive and well.

“It’s early in the upfront right now, but our upfront is going to be off the hook,” said ViacomCBS President Bob Bakish in remarks to an investor group earlier this month.

“Scatter pricing is at all-time highs,” he said. “We used to say that [a lot]. But it really is. There is nosebleed pricing out there.”

This week, similar statements came out of NBCU. “It was the strongest upfront probably in the history of NBCUniversal,” said NBCUniversal CEO Jeff Shell earlier this week as he announced that NBCU’s upfront sales are “pretty much done.”

“Demand was extremely strong, which led to pricing that was extraordinary.” he said. “Extraordinary” pricing, “nosebleed” pricing … they’re pretty much the same thing, right?

In an email to journalists on Tuesday, NBCU’s ad sales honcho, Linda Yaccarino (chairman, global advertising and partnerships) also got into the act.

“This was the first Upfront of a new age, a watershed moment and a clear signal that everything has changed,” she wrote in a blog that did not say anything specific about this year’s upfront sales results.

Elsewhere here on MediaPost, our Wayne Friedman reported that Disney is also having a gangbuster upfront, although no Disney execs were willing to make public declarations about the great heights in rates the company has achieved. Instead, the company gave no comment.

It’s a funny thing. Not too long ago, the rise of the subscription streamers had some industry observers asserting that the very concept of advertiser-supported TV would soon become outmoded and be replaced by the subscription model.

I heard some of these prognostications with my own ears as far back as 2016 at that year’s annual NATPE meeting of TV programming executives in Miami.

But look at the TV business now. Here we have the traditional players in the annual ad-sales marketplace declaring that rates and business volume are at an all-time high here in spring 2021.

Moreover, they are all seeking to exploit the subscription services they own and operate to generate additional revenue streams with ad sales. Some are farther ahead than others in developing these ad-supported tiers within their streaming services.

If the declarations of the execs quoted above are to be believed (and they should probably be believed, at least in part), then the future of TV with commercials and all sorts of sponsorship opportunities (whether in legacy television or on digital platforms) is a lot rosier than many people may have thought just a short while ago.

Above photo courtesy of CBS: Pete Holmes in the new fall sitcom “Smallwood.”