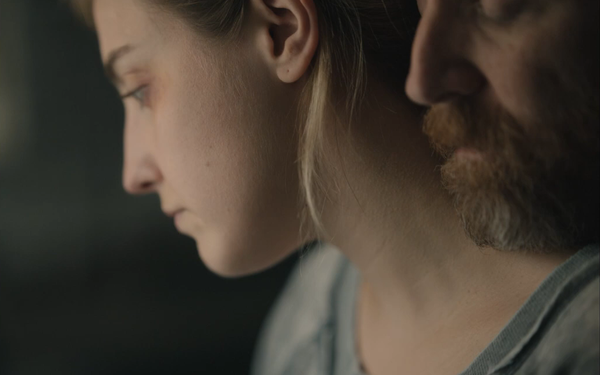 Domestic violence has increased dramatically during the pandemic, and advocacy White Ribbon has launched a public service campaign to increase awareness of this disturbing trend.

White Ribbon, a Canadian-based advocacy group of men and boys working to end violence against women and girls, launched a four-minute PSA featuring a family in lockdown.

“Day After Day” is told from separate perspectives of two partners. A man feels dejected by his job and has trouble sleeping, but toughs it out and seems to be an affectionate partner and doting father. But looks are deceiving. We next see the caring partner yelling at his spouse, bullying his child, and avoiding uncomfortable conversations.

The woman’s perspective is next, and it’s difficult to watch. Now we see a woman trapped in a house with a volatile, angry man. She makes excuses to family for his absence, and does everything she can to appease his angry outbursts.

She musters up the courage to take her son and flee in the early hours of the morning, only to turn around when her partner sees her attempt to leave.

The ad concludes, “A man who feels alone in his violent behaviors never is.”

“The rise in reports of domestic abuse since lockdowns began is staggering," said Joseph Bonnici, CCO of Bensimon Byrne, the agency behind the pro-bono campaign. "Most importantly, we want men to seek guidance and commit to a future without gender-based violence.”

Research has shown that social isolation, loss of employment and reduced income are all factors known to increase the risk of domestic violence. White Ribbon hopes the PSA will show men they are not alone in the stress of the pandemic, and there are services that can help.

“By mirroring the dialogue of the two partners, we show how the unique stresses of the pandemic are causing some men to become abusive – but how that abuse is infinitely more damaging for those who experience it,” said Hubert Davis, director of the PSA.

White Ribbon was founded in 1991, in response to the murder of 14 women engineering students at L’école Polytechnique de Montréal in 1989.