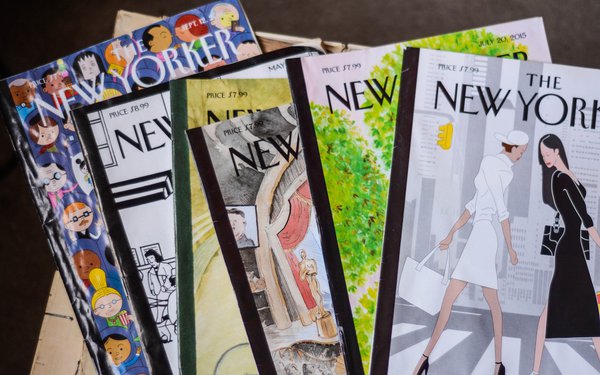 Staffers at The New Yorker have reached a salary agreement with the magazine after two-and-a half years of negotiation, strike threats and picketing outside the home of Conde Nast editorial director Anna Wintour.

The agreements in principle also cover Pitchfork and Ars Technica.

They include an increase of up to 63% at The New Yorker, 58% at Pitchfork and 35% at Ars Technica. And there will be a salary floor of $60,000 at all three units by the final year of the agreement.

However, the wage boost will total 10% for a majority across the three units. But there will be organized compensation structures for each title.

Also included are limitations on future health-care cost increases, working hours consisting of a 40-hour week and eight-hour day, a ban on nondisclosure agreements related to discrimination and harassment. Also, it provides successorship provisions to help ensure these agreements will remain in effect if a publication is sold.

“Thanks to our members’ hard work, the era of at-will employment and wage stagnation at The New Yorker is finally over,” states Natalie Meade, unit chair of the New Yorker Union.

The agreements also include a just-cause provision for terminations and enhanced severance for employees laid off out of seniority order.

The contracts set out guidelines that give employees the right to withhold bylines from stories that are inaccurate or violate journalistic ethics and to decline paid-ad assignments.

According to the union, a spokesperson for Conde Nast said the “new executive leadership team has implemented equitable compensation and inclusive benefits standards across our workforce. These standards are now reflected in our agreement with union employees.”
employment, magazines
Next story loading