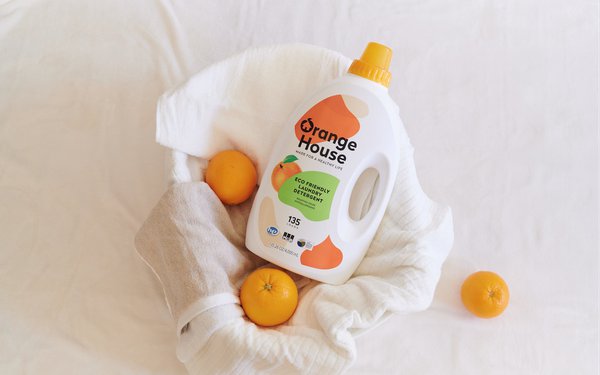 Sensitive Home, touted as meeting strict safety criteria for not only the environment but also human health, has also launched a marketing campaign, “Better than Clean,” which will involve webinars and newsletters in partnership with the non-profit Asthma & Allergy Network.

Developed and patented over an eight-year-period, Sensitive Home launched with 14 products at sensitivehome.com after limited retail distribution over the past year with such retailers as Wegmans and Hy-Vee.

“With more than half the population suffering from sensitivities, the amount of chemical reactions to both 'green' and mainstream products has been staggering,” said Dr. Greg van Buskirk, Sensitive Home’s co-founder and chief science officer. “It's not enough to just be good for earth, it needs to be good for the human body too.”

Orange House, which has marketed a line of household cleaning products in Taiwan since 2008, has launched in the U.S. with just its laundry detergent at orangehouseglobal.com and on Amazon.

The brand uses orange oil from byproducts and peels obtained from orange juice factories in the U.S. and Brazil.

“A dedication to reducing our impact on nature has always been at the heart of our vision,” declared Orange House founder Lin Buxia, Ph.D.

Orange House said  Buxia is a practicing horticulturist and agrochemical scientist with 40 years experience of educating others on the dangers of environmental toxins.

Upcoming Orange House products to be introduced in the U.S. will include baby detergents, hand soaps and an all-purpose cleaner, the company said.

The two new players are entering a market which has been growing rapidly since the start of the COVID-10 pandemic. Last month, Global Industry Analysts (GIA) said that U.S. household cleaner sales will reach $10 billion in 2021.

“The pandemic has sharpened consumer focus on disinfection practices in homes,” said GIA. “Maintaining clean and sterile household surfaces to reduce infection risk has become the primary focus, driving growth of washing and cleaning products….There is also a conscious shift towards green products, as growing consumer awareness has led to reduced preference for chemical-based products, causing a move towards green products manufacturing.”