How Agencies Are Commemorating Juneteenth 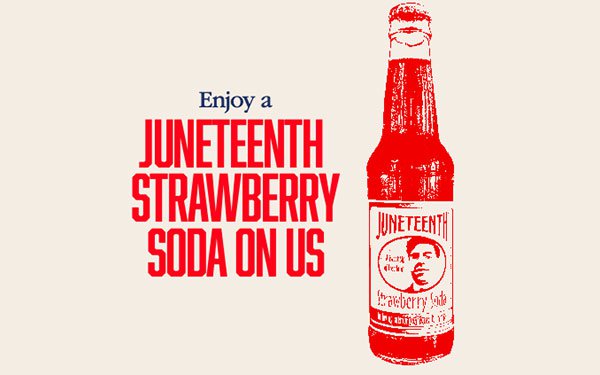 While its been celebrated for years by many Americans, today President Joe Biden signed a bill making Juneteenth (June 19) a federal holiday commemorating the end of slavery in the U.S. This year it falls on Saturday and Adland is observing it tomorrow.

Here’s a look at what some agencies have planned.

Dagger produced a pro bono video for The A Pledge, asking Atlanta agencies to make agency diversity a priority. Agencies who sign the A Pledge aim to match the diversity of their teams to that of Atlanta by 2030.

Launching on June 18, the video began as an open call for participants from agencies throughout Atlanta.

Employees from Havas, Creative Circus, Dagger, and Crown Cultivation Media, among others, took part in the video, and all testimonials were unscripted.

In 2020, Dagger increased BIPOC representation on staff by 27%, and BIPOC leadership by 70%.

Cornett gives employees 3 PTO days a year for them to use on work dedicated to anti-racism and work on community projects such as marketing for minority-owned businesses. Workers are encouraged to take that time on Juneteenth.

OKRP created a program with the DuSable Museum Of African History in Chicago, which is having its reopening celebration on June 19.

The museum is bringing in Hecky's Strawberry soda, a traditional Juneteenth drink that was created by Hecky's restaurant in Chicago for Juneteenth. People visiting the museum on that day can drink the soda as a celebratory drink for the day.

Last November, OKRP created Black Shop Friday to support all the black-owned business in Chicago. They brought in the City of Chicago and the Chicago Urban League as partners, and the DuSable Museum was on the list of businesses to support.

Dentsu teamed up with entertainment journalist Gia Peppers to host special Juneteenth episodes of the audio series, More Than That with Gia Peppers. Guests include griot of Detroit Marsha Music, writer Baratunde Thurston, and image-activist Michaela Angela Davis. This audio series aims to address the inequities in the advertising supply chain by providing a platform for advertisers to engage with consumers.