Thighs Are The New Wings: How QSR Chain Dealt With Chicken Shortage 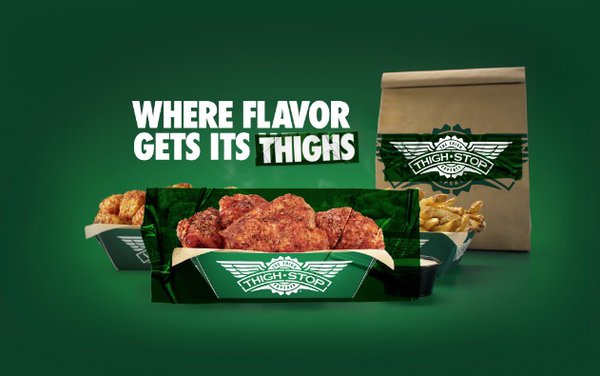 Chickens don’t fly, but their wings are in short supply these days.

QSR chain Wingstop Inc. is hedging its bets on a worsening chicken shortage by launching a new brand called Thighstop.

The move is designed to entice people to try thighs, which Wingstop described today as “one of the juiciest and most flavorful parts of the chicken.”

Wingstop calls Thighstop a “virtual brand” whose bone-in and boneless thighs are prepared at more than 1,400 Wingstop locations. The thighs can be ordered via DoorDash for pickup or for delivery depending on whether DoorDash serves a particular geographic area.

The price of chicken has been on the rise for several reasons, including the seemingly endless expansion of chicken menu offerings in the QSR space and a labor shortage at chicken processors.

“The effective year-over-year increase in the price we paid for wings was 25.8%,” EVP and CFO Michael Skipworth said at the time.

In an interview today with CNN Business, Wingstop chairman, president and CEO Charles Morrison said that the wholesale price of wings in 2020 reached as low as 98 cents per pound but is now $3.22.

On the positive side, thighs cost Wingstop about half of what wings cost on a per-pound basis today—which translates to better profit margins.

Last fall, Wingstop said it was testing a bone-in thigh product as part of the company’s quest to use more parts of each chicken and help offset the impact of bone-in wing price increases.

“We cannot supply enough wings to anybody, at retail or at foodservice,” said chairman and CEO Joe Sanderson Jr. “We allocate our wings, and everybody is going to get some wings. We can’t fulfill every order, but we do allocate and everybody gets some.”