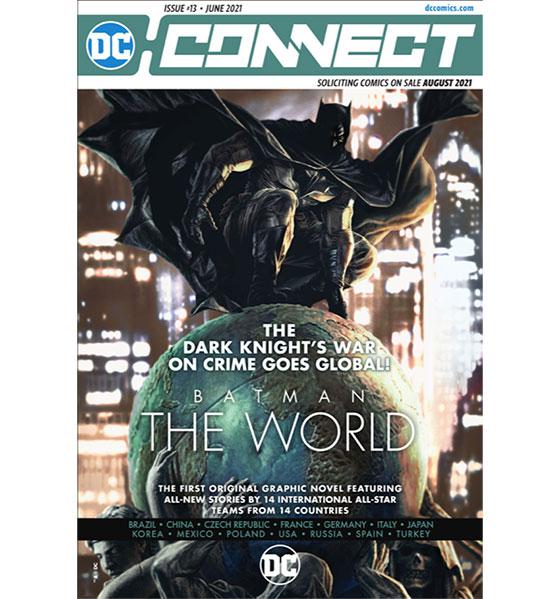 DC Comics is expanding its DC Connect magazine from digital into a new channel for that product--print.

The monthly roundup of DC offerings will be offered for free in participating comic stores, starting June 29.

DC Connect will feature upcoming comics, collector editions and original graphic novels, including cover art and preview pages from upcoming stories. It is designed to give fans “all the great tools to know what to order from their local comic book stores,” DC says.

Launched last June during the pandemic, DC Connect will continue to be available in digital form. The launch followed the end of DC’s distribution agreement with Deal Distributors, ScreenRant writes.

Featured in the debut issue are titles and events arriving in September. They are:

*Batman: Fear State, including I Am Batman #1 by John Ridley and Olivier Coipel.

*Milestone Compendium One, a softcover collection of Milestone stories

*Are You Afraid of Darkseid?, an anthology of scary stories from DC, timed for Halloween.

The most recent issue of DC Connect can be viewed at DC Universe Infinite.