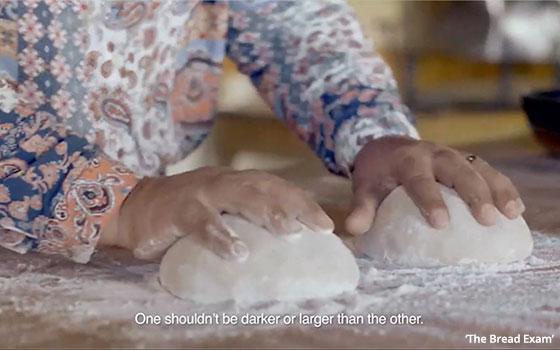 A 5-second Super Bowl ad, and a bread recipe that doubles as a women’s health initiative were among the Lions Grand Prix winners at the Cannes ad festival Tuesday.

Warner Bros. and Rothco, part of Accenture Interactive, won the Creative Data Grand Prix for Saylists. Seventy million songs were analyzed and those with problem sounds were curated into playlists to help kids in speech therapy.

For Direct, Burger King and David Madrid won for the Stevenage Challenge. Burger King became a sponsor of Stevenage Football Club knowing the team would appear inside a video game alongside expensive football players. Gamers who signed elite players to play for Stevange were rewarded with food and swag.

The Bread Exam won the Grand Prix in PR. Created by Spinneys and the Lebanese Breast Cancer Foundation, the campaign teaches women how to check themselves monthly for lumps with a recipe for bread.

For Media, The city of Chicago and FCB Chicago won for Boards of Change. The initiative, which included murals and pop-up events, among other elements, encouraged participation in the 2020 U.S. Census along with civic duties like registering to vote and showing up on Election Day.

The Creative Strategy Grand Prix was awarded to Cheetos and Goodby, Silverstein & Partners for Can’t Touch This. The campaign used the catchy M.C. Hammer tune “Can’t Touch This,” along with M.C. Hammer himself to highlight the advantages of having orange fingertips — they get you out of doing work!