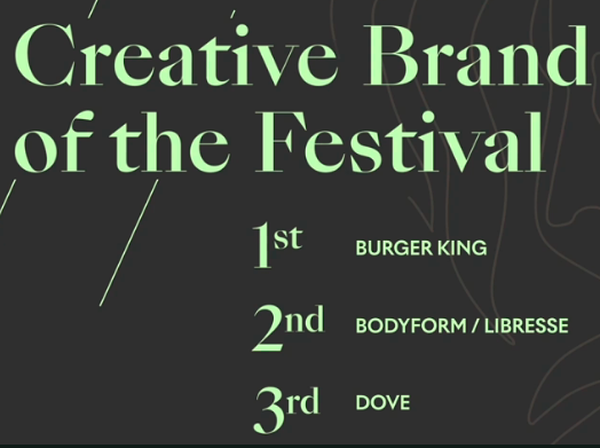 Perennial creative all star Burger King took top honors as the most creative brand at this year's Cannes Lions festival, besting No. 2 Bodyform, No. 3 Dove, and many other heavily awarded brands reflecting work from over the past year-and-a-half.

Burger King, which won many awards, scored a couple of coveted Grand Prixs, including the Brand Experience and Activation category for its "Stevenage Challenge," which took the U.K.'s worst-ranked soccer team and made it the star of a video-game version featuring heavy Burger King branding.

It also won a Grand Prix in the Outdoor Lions category for its "Day 35" "Day 28" "Day 32" billboard campaign showing just how moldy a Whopper can get when the fast-food chain removed unnatural preservatives from its product.

Bodyform won a number of awards for its campaign depicting what a women's uterus goes through as a result of menstruation, fertility, conception, pregnancy and birth. 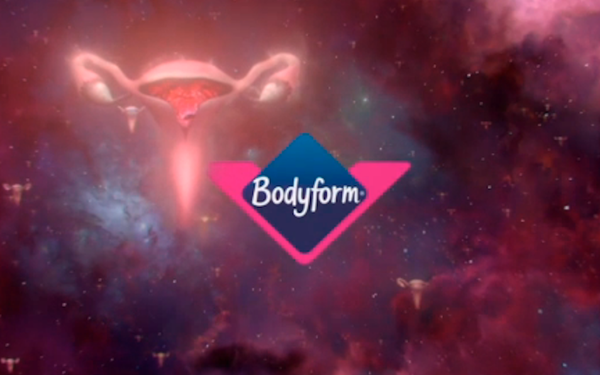 And Dove won a number of awards for campaigns including its "Courage Is Beautiful" campaign showcasing stark photos of post-shift frontline healthcare workers with face mask marks embedded into their skin. 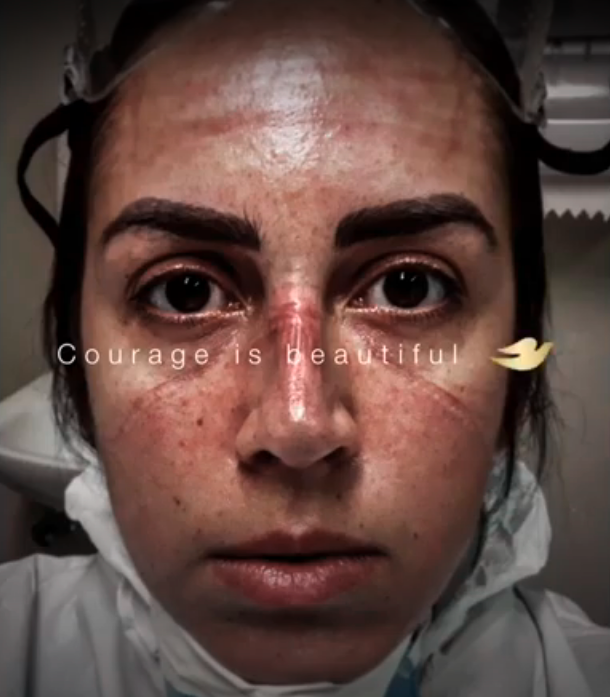