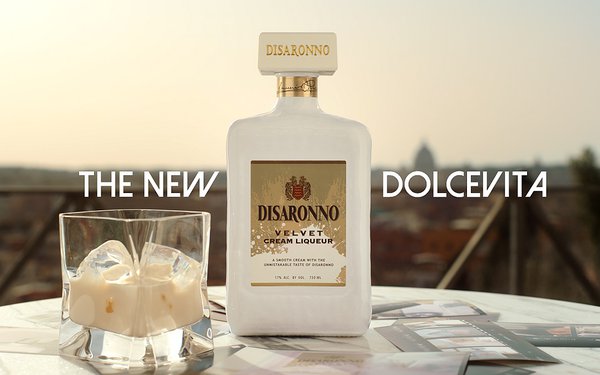 In its largest media buy in 10 years, Disaronno International, a New Jersey-based marketer of not only the Italian liqueur brand but also other imported spirits and wines, is spending $7.3 million on two ad campaigns over a six-week period.

For The Busker Irish Whiskey’s “Born to be Here” campaign, the spend is $4.8 million to garner 260 million impressions with 25- to 44-year-olds. “Commercials, in :15 and :30 versions, extol the brand’s Irish heritage, “made with tradition you can actually taste,” but “much more American, smoother, deeper…born to be here.”

For Disaronno Velvet Cream Liqueur’s “The New Dolce Vita” campaign, the spend is $2.5 million to garner 138 million impressions with 25-54 year-olds. A :15 spot starts off in black-and-white on a Rome rooftop terrace and turns to color to showcase the brand’s all-white bottle. The Italian “Dolce Vita” translates to “Sweet Life,” and the commercial declares “Dis is Silky” and “Dis is Smooth.”

Both products debuted in 2020, and Disaronno says the current $7.3 million buy is part of an overall $10 million ad spend on them this year.

Disaronno would not reveal who worked on the campaigns, other than to say that they involved “media, social, creative and production agencies.”

The Busker enters an Irish Whiskey market heavily dominated by Jameson, but with such niche players as the recently released Heaven’s Door Redbreast Master Blenders’ Edition, from the Bob Dylan-backed brand, which blends bourbon and the Ireland’s Redbreast.

The cream liqueur market is also heavily associated with Ireland -- through market leader Bailey’s Irish Cream -- but, as its commercial makes clear, Disaronno Velvet Cream Liqueur is strictly Italian, being essentially a creamy version of its flagship brand that Forbes called “dessert in a glass” upon its release.