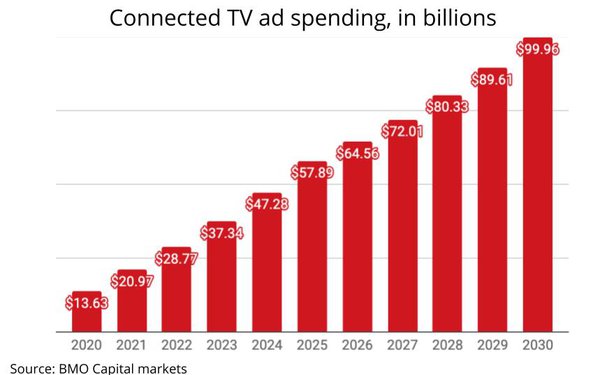 One of the reasons BMO is so bullish on the future of CTV advertising is that its "advanced targeting capabilities" are far superior to convetional TV advertising.
"In contrast to linear inventory conventionally targeted at broad demographics and/or metropolitan areas, CTV can be targeted directly to the individual household or user," Salmon explains, adding, "This concept isn’t entirely new in television as addressable television predates CTV, but has only just begun to scale itself."