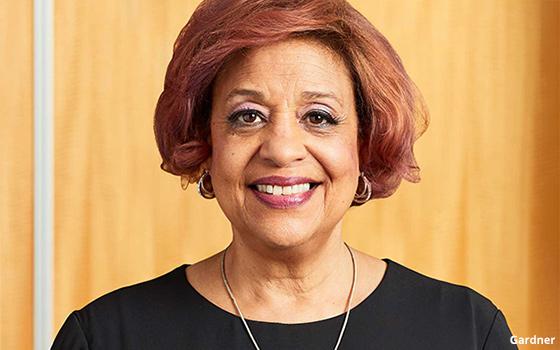 Interpublic Group has added the newly-created position of Global Culture Officer to its management team and promoted Heide Gardner to lead the practice.

Gardner has been with the holding company since 2003 and currently serves as senior vice president, Chief Diversity and Inclusion Officer.

She will transition into her new role on August 1, when an as yet unnamed new Chief Diversity and Inclusion Officer will take over day-to-day strategy and program delivery of the DE&I function across IPG.

In her new position, Gardner will help shape IPG's strategic, long-term vision on a range of social justice issues and well-being for underserved and under-represented communities.

Gardner will also advise senior leadership and continue to represent IPG for forums focused on systemic and structural change, such as the Unstereotype Alliance, United Nations Global Compact, The Business Roundtable, World Economic Forum on Diverse Representation in Media, Coqual, and the Executive Leadership Council.

“Heide is a sought-after leader on social justice and equity issues who consistently brings a valuable range of insights and experience to the table,” said Philippe Krakowsky, CEO of IPG. “She’s therefore a natural choice to further build our thought and practice leadership in areas of social impact and equity.”

Gardner brought the issue of representation to the main stage of Cannes Lions in 2011, launching the company’s “Women’s Breakfast.” She was also the driving force behind the industry’s first program centered on Black women, which Interpublic successfully hosted in New York in 2017. Her team introduced programmatic approaches to DEI that have included pipeline fellowships, business resource groups, an annual internal DEI awards competition, and leadership development pilots for under-represented groups and their managers.

“After launching IPG’s DEI function and helping to frame some key policies for many years, I recognize how important it is to address transformation at a more macro level,” said Gardner. “This requires harnessing the power of collective action and partnerships, sharing learning and multidisciplinary work. I look forward to spending more time advising and working with our agency CEOs, various business partners, advocates, thought leaders and policy influencers to drive change,” she added.