ARF Syndicated Study Is A First, And According To Research Chief, May Not Be Its Last 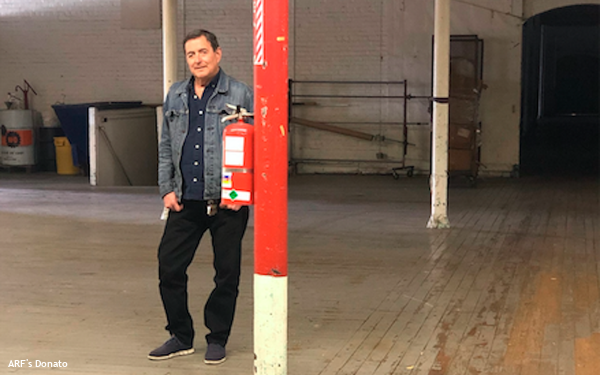 The Advertising Research Foundation (ARF) Monday unveiled its first commercial research product -- an annual syndicated study benchmarking the degree to which Americans share their digital devices, as well as their digital accounts -- and it is considering launching others as long as the new products do not compete with the ones that its members market to advertisers, agencies and media suppliers.

"We would like to do others," ARF Chief Research Officer Paul Donato confirmed Monday after the foundation announced its first syndicated research study (see related story).

"They need to have that sort of pan-industry aspect to them and provide empirical support across the industry," he explained, adding: "We shouldn't be in the business of competing with our members."

Donato -- who was the Chief Research Officer of Nielsen, one of the ARF's biggest members, before joining the foundation -- previously headed research at a long list of pioneering research suppliers, including Kantar Media, R.D. Percy & Co., Audits & Surveys and IBOBPE.

He also confirmed that the new, as-yet-unnamed research product is the first syndicated study created by the ARF, and that it will be owned by the foundation.

But he said it made sense for the ARF to create and own it, because it will provide an important industry need that other research suppliers will be able to use to benchmark their own proprietary research on.

The study, which was designed by Donato's ARF staff, will be fielded by The University of Chicago's National Opinion Research Center (NORC), and has three methodological components: an online survey, a 10,000-person panel, and face-to-face interviews with consumers.

Donato said his staff worked on 50 different versions of the survey before finalizing it.

While the study has seven different sponsors -- six research and/or media suppliers (605, Experian, Innovid, Neustar, The NPD Group, and VideoAmp; and one brand marketer, Verizon -- will be licensed for a fee to other companies, regardless of whether they are ARF members or not.

Donato acknowledged that the ARF's diversification into a profit-oriented research supply business is a departure for the non-profit foundation, which was originally conceived by the American Association of Advertising Agencies and the Association of National Advertisers in the 1930s to serve as the ad industry's research authority.

But he says it is part of its evolution. He says the ARF is not like other trade associations, including the 4As and the ANA, or media-centric ones like the Interactive Advertising Bureau or the Mobile Marketing Association, which are intended to advance the interests of their main constituents.

Consequently, he says, any new syndicated research studies created by the ARF need to play a neutral role in serving all of the ARF's stakeholders: advertisers, agencies, and media and research suppliers.

"We won't be doing currency research and I do not see us doing things originally that our members would also do," he said, adding that the digital-sharing study is a good benchmark for other forms of research the ARF would like to get into.

Donato spoke to MediaPost by phone from an abandoned mill in Fall River, Massachusetts, which has been his home since the start of the pandemic.