Supreme Court To Intervene In Battle Over Digital Billboards 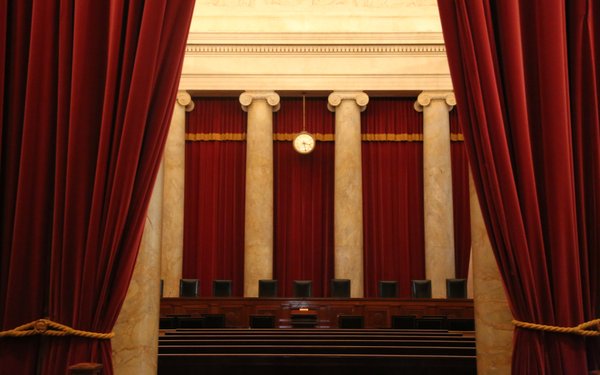 The U.S. Supreme Court agreed this week to consider whether a Texas city's restrictions on digital billboards runs afoul of the First Amendment.

Like most Texas cities, Austin only allows digital billboard ads on the advertisers' premises. The city has said the regulations aim to preserve the local landscape, and further road safety by limiting distractions. Austin doesn't impose similar restrictions on non-digital billboards.

The ad companies Reagan National Advertising of Texas and Lamar Advantage Outdoor, which sought to convert non-digital outdoor ads to digital ones on 83 billboards in Austin, sued the city over its restrictions.

The companies argued in a complaint brought in 2017 that Austin's distinction between on-premises and off-premises digital billboards is “content-based,” and therefore violates the First Amendment, which generally restricts the government from regulating speech based on its content.

Last year, the 5th Circuit Court of Appeals agreed with the ad companies and struck down the Austin ordinance. The appellate judges said the only way to know whether an ad was for a product available on the premises was to read the ad. Therefore, according to the appellate court, the restriction was content-based.

Austin officials recently asked the Supreme Court to intervene, arguing that the regulations are based on the signs' location and technology, as opposed to their content.

“The sign’s 'communicative content' -- urging support for a worthy cause, plumping for one air conditioning service over another, touting the health benefits of an herbal supplement -- is irrelevant to the regulatory distinction drawn in Austin’s code,” the city argued in a petition seeking Supreme Court review. “Reading the sign’s text may allow a determination of its status as an on- or off-premise sign. But the applicable regulation is indifferent to the communicative content of the advertisement.”

The city also says the regulations strike a balance between freedom of speech and protecting public safety and esthetic values.

The U.S. Chamber of Commerce and other business groups supported Austin, writing in a friend-of-the-court brief that the city's ordinance “maximizes visibility, safety, and the rights of landowners and businesses to attract traffic.”

The Supreme Court is likely to issue a decision by the middle of next year.