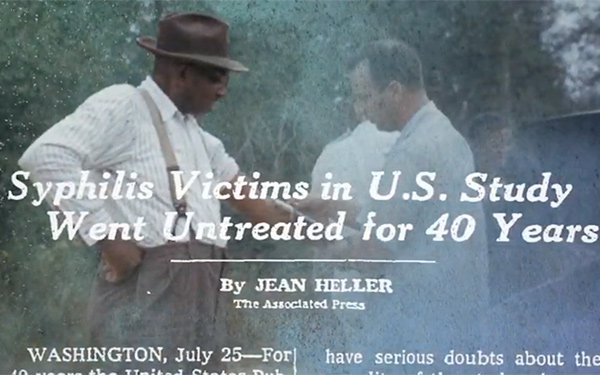 Approximately 22% of Black Americans are hesitant about taking the COVID-19 vaccine, opting for a “wait and see” approach, according to Kaiser Family Foundation data. Now the Ad Council is out with a campaign that addresses the mistrust fueling some of the hesitancy.

Lack of trust stems partly from the horrific U.S. Public Health Service Syphilis Study at Tuskegee, conducted from 1932-1972 when more than 600 Black men in Tuskegee, Alabama, some with syphilis and some without, were led to believe they were receiving free medical care.

All men were treated with placebos, even after penicillin became the treatment for syphilis in 1947. More than 100 men died before the study was exposed in 1972.

The Ad Council and COVID Collaborative launched a short-form documentary featuring descendants of the men involved in the Tuskegee study.

The film includes stories of seven men from the study. They were fathers and grandfathers, who, along with their family members, worked to reconcile the shame and tragedy the study left behind. Relatives explain the differences between this study and the COVID-19 vaccine in an effort to build confidence in public health within Black communities.

The film was directed by Deborah Riley Draper, in collaboration with Coffee Bluff Pictures, JOY Collective, Voices For Our Fathers Legacy Foundation, and Black Coalition Against COVID-19.

JOY Collective turned the long-form video into PSAs, grassroots events and campaign partnerships with influencers, faith and community leaders, and medical experts. The project took eight weeks to complete from start to finish.

"For more than 40 years of my advocacy for the health of African Americans, I have confronted the tragic repercussions of what was originally called 'The U.S. Public Health's Tuskegee Study of Untreated Syphilis in the Negro Male' on the relationship between America's health research and medical care enterprises and people of color," said Dr. Reed Tuckson, M.D., co-founder of the Black Coalition Against COVID-19.

"It is our hope that the perspectives presented by the descendants of the study's participants will help to motivate all of us to translate our legitimate anger into positive and health-affirming actions," continued Tuckson.

The campaign is part of The Ad Council’s  COVID-19 Vaccine Education Initiative.