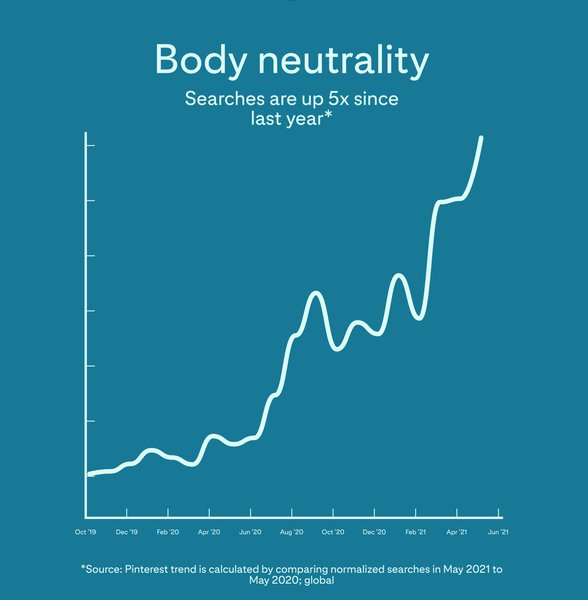 Pinterest is banning weight-loss ads. That’s likely to be seen as a win for the body-positive movement, but it’s also a risk. Pinterest is entirely funded by ad revenue and has already forecast slower growth.

The ban also demonstrates the increasingly worrisome divide between genuine public-health concerns over rising obesity rates and the relentless body-bashing of the weight loss industry.

The new policy prohibits all ads with weight-loss language and imagery, says Sarah Bromma, Pinterest’s head of policy, including references to body-mass index. “We had already barred ads with before-and-after weight-loss imagery, as well as diets pills and supplements, procedures like liposuction, and unrealistic claims,” she says.

While recipes, fitness routines and lifestyle tips are fine, any specific reference to weight loss is off the table.

Bromma says this next step is especially important now, as more people feel the social pressure of reopening after a brutal pandemic. “We remain focused on making a safe, positive, inspiring and inclusive environment for our Pinners,” she tells Marketing Daily.

Pinterest, both from its partnership with the National Eating Disorders Association and its research, “knows people are struggling with mental health,” Bromma adds. “This change puts our Pinners first, especially those who might be impacted by eating disorders and body shaming.”

The weight-loss ad category, long built on the marketing bedrock of testimonials and before-and-after photos, is massive. And with 61% of Americans saying they gained weight during the pandemic, according to Healthline, weight-loss companies are piling on the ad spending.

MediaRadar reports that between January and June, ad spending in this category rose 89% in TV, digital and print, reaching an estimated $372 million. Facebook saw a 120% rise in weight-loss ads during the same period.

Noom, WW, Jenny Craig and Nutrisystem -- category leaders that all rely on the kind of imagery and language Pinterest is prohibiting -- did not respond to Marketing Daily’s request for comment.

Bromma declined to say if the company expects to lose those or other companies as advertisers. “This is the right move for Pinterest,” she notes. “We have been working with advertisers to adjust their ads, as well as the landing pages they direct to.”

The new rules apply only to advertisers, not Pins from community members. Pinterest does police posts it believes encourage disordered eating and even serves those Pinners with resources to help.

The ban also only applies to new ads, although Pinterest will continue to review existing content and respond to flagged material.

Bromma says the changes also reflect a critical psychological shift in its users, with searches for both “body neutrality” and “stop body-shaming quotes” five times more common than last year. And seven times more people are looking for body-acceptance quotes.

Not everyone is thrilled with the new policy. “Great,” tweeted one critic. “Let’s help promote more obese children and future obese adults.”

“Yes, great idea to downplay the need of so many to lose weight and get healthier in the guise of acceptance,” added another tweet. “Good job, Pinterest.”

While Pinterest’s revenues have been going gangbusters -- up 78% to $485 million in its most recent quarterly results -- the San Francisco-based tech company said the number of monthly active users around the world climbed 30%, to 478 million.

But it spooked some investors when it predicted slower growth, forecasting that the number of monthly users in the U.S. is likely to remain flat.

Some experts shook that off. To put it in context, writes Justin Patterson, who follows the company for KeyBanc Capital Markets, “Pinterest added about 10 million U.S. monthly users in 2020, versus 6 million in 2018 and 2019.”

Calling the flat prediction of user growth “appropriately conservative,” Patterson says he had expected that 2021 would “a year of monetization, not user growth.”

Ygal Arounian, who follows internet stocks for Wedbush Securities, is also bullish. “We continue to view Pinterest as in a sweet spot of digital advertising,” he writes in a recent note. He says the company “is a strong play on the growth of ecommerce through its exposure to e-commerce advertising, which should see material growth over time. “Shoppability is growing on the platform, and shopping ad revenue is growing faster than total.”