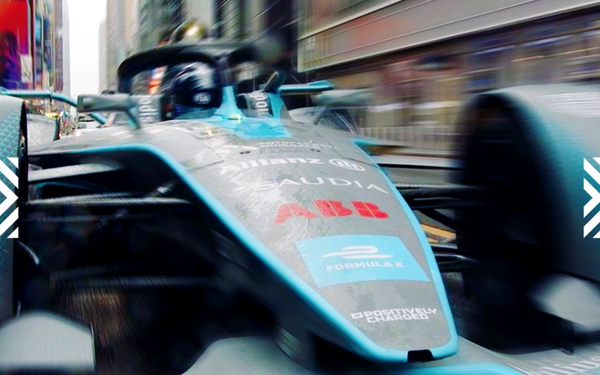 Formula E is prepping for this weekend’s New York City E-Prix in Brooklyn with a social media effort.

Separately, Envision Virgin Racing partnered with the National Football League's New York Giants for its own activation. The onsite event includes football players pitted against race car drivers in different athletic competitions.  A video capturing the action is in the works.

Meanwhile, the Formula E video is being shared globally across Formula E’s owned channels, including social, web and CRM. It also supported a campaign that leveraged earned media including The Offset -- Formula E’s influencer collective -- and the organization’s broadcast partner CBS, which received a bespoke cut of the content to use in the race programming and promotion, Chilcott tells Marketing Daily.

The film is designed to be a piece of content that connects the local ABB NYC E-Prix race marketing campaign to Formula E’s global Season 7, campaign, “Change. Accelerated.”

Its launch, three days prior to the first race of the double-header, was timed to capitalize on the awareness Formula E had already built, since going live in market on June 28.

The local campaign – constructed to achieve two core objectives; driving race tune-in and generating local awareness – is an omnichannel plan that uses ambient advertising combined with digital and social channels to reach new and existing fans within the city.

LiveX, a full service production company based in New York City, produced and edited the piece.

"Change. Accelerated." aims to excite the next generation of sport fans by combining on-track action with the organization’s role as a catalyst for positive change, Chilcott says.

“The hero piece of content behind the campaign is a brand film which celebrates the extraordinary potential of the future and Formula E’s unique feature of racing on iconic city streets around the world,” he says.