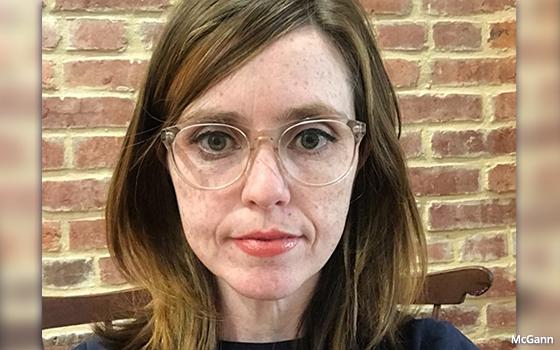 An unnamed startup is already creating a buzz in Washington, D.C. media circles.

A journalistic site is being launched in September by Laura McGann, former politics editor of Vox.com and Politico, and Mark Bauman, formerly with the Smithsonian, ABC News and National Geographic, according to a story that broke Saturday in Axios.

The site is currently hiring reporters.

The new company has raised more than $10 million in Series A funding, part of it from an individual who asks not to be named, and part from International Media Investments, a fund based in the UAE, per Axios.

The startup’s fledgling site says, “Confidential is a well-funded digital news startup preparing to launch in Washington, D.C. this fall. Our goal is to create a radically different publication, one that uses a distinct set of formats to deliver a nuanced and comprehensive view of the most important stories of the day.”

The agenda may be inferred, in part, from the open positions listed on the site. They include reporters to cover China, climate reporter, domestic policy, public health, technology, global economics and government and political institutions.

Also open are various editing titles, and the slot for “misinformation reporter.”

Roughly two dozen hires have been made to date, roughly half on the editorial side.

These include Kay Steiger, former Washington editor for Vox.com, and Tom Nagorski, former COO of the Asia Society and managing editor of ABC News. In addition, Matthew Yglesias, a colleague of McGann's at Vox Media, will serve as editor at large.

McGann will be the editorial lead, and Bauman president-CEO.

"Our goal is to build a newsroom of beat reporters, subject matter experts, visual journalists and editors that all come together to cover the biggest stories of the day," McGann tells Axios. "We'll be creating new formats that give our audience a fuller look at big news stories that can be confusing if you read them piecemeal."