Consumers Spending Habits During Inflation Could Create Turmoil For Marketers 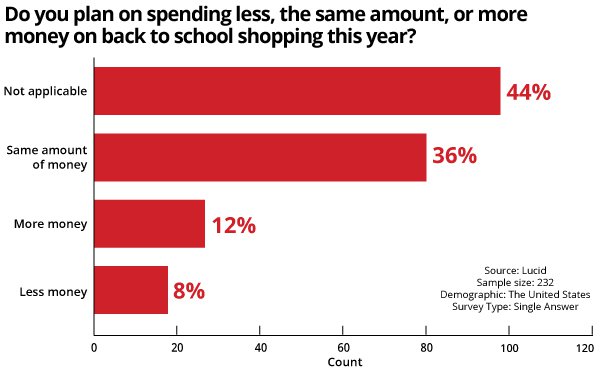 Marketers may need to rethink the way they target ads as inflation continues to rise. Costs have jumped for many goods and services as the COVID-19 pandemic eases.

The public expects U.S. inflation rates next year will rise 4.8% in June, the Federal Reserve Bank of New York reported in its latest Survey of Consumer Expectations released Monday. The June level is the highest recorded in the survey, which dates back to 2013.

The index measures what consumers pay for goods and services, including clothes, groceries, restaurant meals, recreational activities and vehicles. It increased a seasonally adjusted 0.9% in June from May, the largest one-month change since June 2008.

Despite the rate of inflation in the U.S., consumers are spending. In fact, some 51% of respondents to a survey released Monday are spending more money now than they did six months ago.

I’m definitely in step with the 69% of respondents participating in the study who said COVID-19 affected the way they spent money during the past year. For me, it wasn’t just COVID-19.

Will it change the way consumers spend during the second part of 2021? Lucid recently tapped its global audience database to put together a survey focused on changing economic trends across a variety of industries as the pandemic begins to subside. A few notable findings are summarized below:

It’s important to note that the sample size was small, but the majority (53%) live in suburban areas, 26% in rural areas, and 21% in urban areas.