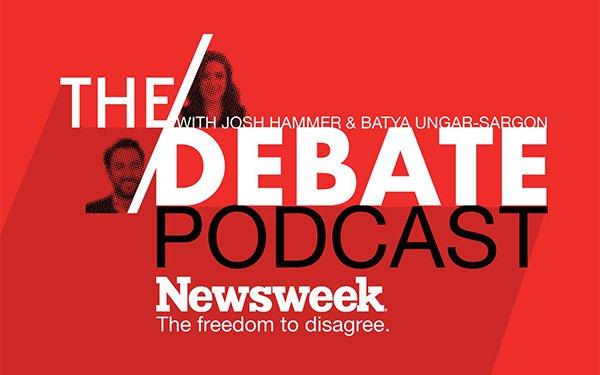 Newsweek has entered the podcast arena with the launch of a series titled "The Debate."

“Americans have not only come to align themselves within Red and Blue silos, imbibing differing opinions and narratives — but to see the world itself through prisms of competing facts,” states Hammer. “We at Newsweek's "The Debate" seek to remedy this tragic flaw by delving into the tough, thorny issues. We'll air it out and hear each other.”

“Many see those they disagree with on policy issues as mortal enemies, people unworthy of convincing. This is an absolute disaster for our nation, and one that only civil discourse and debate can fix,” adds Ungar-Sargon.

The 85-year-old magazine presented experimental weekly episodes starting in April, covering topics such as reparations in the U.S., Israel vs. Palestinians, the legalization of marijuana and cancel culture.

The first “rollout” episode, available today, tackles sexual mores in the post #MeToo era and the potentially murky distinction between flirting and harassment.

Debating these topics are Jill Filipovic, author of “OK Boomer, Let’s Talk: How My Generation Got Left Behind” and “The H-Spot: The Feminist Pursuit of Happiness,” and culture writer Kat Rosenfield, co-host of the "Feminine Chaos" podcast.

The show has also established partnerships with two public debate forums: American Public Square and Pairagraph. This will enable the podcast’s hosts to present audience-driven debates and engage prominent voices and engaged citizens from across the country.

“Formidable problems don’t call for one-sided debate. Newsweek’s audience has confirmed that ideas and ideals from both sides make for engaging dialogue that can educate and illuminate, putting us all in a better position to address the challenges at hand,” states Dev Pragad, CEO, Newsweek.