Everybody Will Talk About Fox Weather, But Nobody Will Do Anything About It 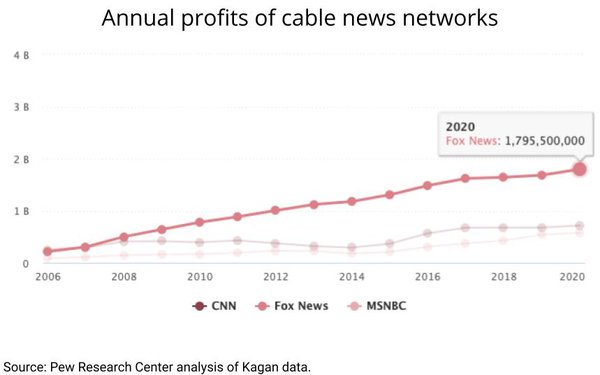 As Fox News prepares for the launch of Fox Weather, it seems like a good time to bring up the role politics plays in how the media cover weather-related news, as well as the role advertisers play in underwriting it. And how that, in return, shapes public perceptions and responses to it.

As I’ve written before, I had an opportunity about a decade ago to participate in a project the University of Massachusetts and the National Science Foundation was working on to understand why scientists were winning the war on knowledge, but losing the battle over media coverage about climate change. They asked if I could help invite a contingent from Madison Avenue to help climate scientists learn how to do a better job communicating it.

Ten years later, it seems like nothing much has been accomplished on that front and that, if anything, it’s gotten worse, because despite ample physical evidence and data that Planet Earth is heating up, some people continue to deny it, or spin it, or use it as a distraction from something else.

So I can’t wait for Fox News to jump into that fray -- more than it already has -- because if there’s one thing its coverage of potentially political divisive news has taught us over the past quarter of a century it is that it can be incredibly profitable. For investors, if not Mother Earth.

Coincidentally, the Pew Research Center published a new analysis today on the economics of cable news coverage, which does indeed show that Fox News is by far the most profitable, generating nearly $2 billion in profits last year, half again as much as its two main rivals -- CNN and MSNBC -- combined.

So I have a prediction to make about Fox Weather: It’s going to be hot. And by that, I mean stone cold. Because if history has taught us anything, it’s that some advertisers will sponsor anything that helps them generate a profit, even if it destroys everything else. And by everything else, I mean our ability to continue living on this planet.

I’m not sure exactly how climate science became so politicized, but as economist and social commentator Umair Haque writes on Medium this week, already lost an important battle for truth when Republican strategist Fran Luntz coined the phrase “climate change” to replace what was really going on.

“The usual network of right-wing think tanks and media outlets immediately — as if by design — began to use it. And the rest is history,” Haque continues, completely ignoring -- or oblivious to -- the fact that Fox Weather is about to launch.

And that’s why I for one am going to take Haque’s advice and discontinue using the term climate change and replacing it with global warming.

2 comments about "Everybody Will Talk About Fox Weather, But Nobody Will Do Anything About It".
Check to receive email when comments are posted.
Read more comments >
Next story loading