In Olympic Push, Etsy Gets Earnest While Nike Turns Silly 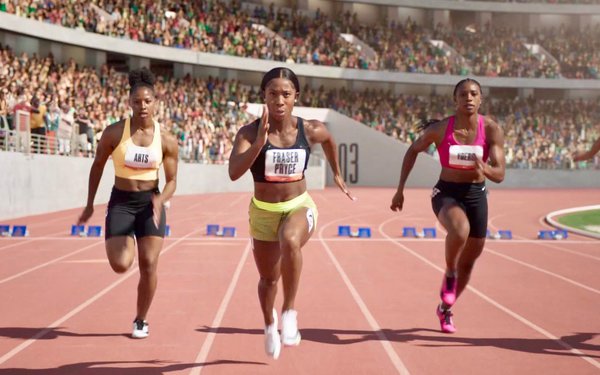 The Summer Olympic Games may be days away, but it’s game on for marketers. Nike’s latest spot is a fun and futuristic departure, while Etsy’s new campaign is serious, comparing the lonely path of artists to the struggles of athletes.

Nike launched the “Play New” campaign earlier this year, and the new “Best Day Ever” spot is the latest installment. It’s a switch for the company, which (along with agency Wieden + Kennedy) is still basking in the glory of its victory last week at Cannes, winning the Grand Prix in Effectiveness for the “Crazy Dreams” campaign.

Instead of the intensity of both “Crazy Dreams” and “Can’t Stop Sport” efforts, this one is a goofy ode to tomorrow. It starts with an early morning alarm and takes viewers through a single frenetic make-believe day. It’s one that includes a woman running a marathon on Mars, the WNBA surpassing the NBA in jersey sales, LeBron James scoring 120 points in a single game, and a group of guys running something like a stick-horse race, all before bedtime.

“Of course, the internet will break,” it concludes. “Well done, tomorrow.”

The spot features clips of Olympian Shelly-Ann Fraser-Pryce, predicting that the Gold Medalist will finish her 100-meter race in under 10 seconds. It also includes footage of U.S. sprinter Sha’Carri Richardson, a Nike athlete suspended from this year’s games for using marijuana.

“While some moments in the spot are purposely whimsical, the key is that it doesn’t just represent some far-off utopian tomorrow,” writes Nike CMO DJ van Hameren in a blog post introducing the ad. “It speaks to the notion that we can create a better future, for all athletes, through the joy of movement and play.”

The executive, who started as a speed skater before transitioning to cycling and the C-suite, says the spot fits into Nike’s strategy of giving people a toolbox that helps them “move from inspiration to activity, whether that’s through the product we design, the communities we try to build and serve, or the experiences we create.”

He says the spot builds on that inspiration, with the idea that the “Best Day Ever is always yet to come. If someone asks what my best day ever of sport is, I’ll say, 'It’s tomorrow.'”

Etsy is using the coming games as an opportunity to highlight just how special its makers and artists are. The new campaign -- much like the Nike “Crazy Dreams” campaign -- focuses on how the world often mocks artists for their ambitions.

It draws a connection between Etsy sellers and athletes as they strive for excellence and look to make a name for themselves. “Dreamers make their own victory,” it says, closing with a “Find greatness in the making” tagline.

The ads, created by 72andSunny, New York, are set to air until early August on all NBC properties, including digital and mobile.