Bill Would Allow FTC To Fine Companies Over Privacy Violations 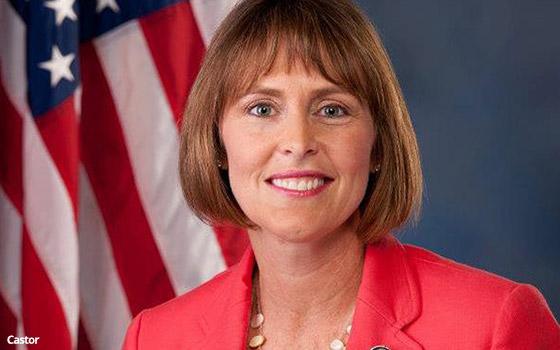 A bill introduced Friday would boost the Federal Trade Commission's authority by empowering the agency to fine companies the first time they commit an unfair or deceptive practice, and to more easily issue regulations.

“For too long, the FTC has been hamstrung in its ability to promulgate effective rules of the road for consumers and penalize companies that harm our friends and neighbors,” Rep. Kathy Castor (D-Florida) stated Friday when she announced the “21st Century FTC Act.”

Castor's bill comes two years after the nonpartisan Government Accountability Office urged Congress to empower the FTC or another agency to craft privacy rules and impose fines for violations.

"This bill marks a bold next step toward giving the FTC the authority it needs to regulate an increasingly complex digital economy, as well as protect consumers from harm,” Sara Collins, policy counsel at Public Knowledge, stated.

Currently, the FTC must go through a number of cumbersome steps before crafting enforceable regulations. Castor's bill would streamline the process by eliminating some of those hurdles.

The FTC also currently lacks the power to fine first-time offenders for engaging in a variety of unfair or deceptive practices -- including making misleading statements about data practices.

Instead, the FTC often resolves cases against first-time offenders with consent decrees, which typically require companies to promise they won't violate consumers' privacy in the future. If companies fail to honor those promises, the FTC can impose fines for contempt -- as happened with Facebook and Google.

In 2019, Facebook agreed to pay a $5 billion fine for allegedly violating a 2012 consent decree -- in part, by allowing Cambridge Analytica and other developers to harvest users' data.

Back in 2012, the FTC fined Google $22.5 million for allegedly violating a 2011 consent decree that bans the company from misrepresenting its privacy practices.

The 2012 settlement stemmed from allegations that Google tracked users of Apple's Safari browser, even though Google said in its privacy policy that the Safari browser blocks tracking cookies.

The FTC's earlier consent decree with Google came about as a result of the company's launch of the ill-fated Buzz social service, which sought to create social networks out of people's Gmail contacts. At launch, the service revealed information about the names of users' email contacts, if users activated Buzz without changing the defaults.

The FTC alleged in that matter that Google violated its own privacy policy and used deceptive tactics when it launched the Buzz service.