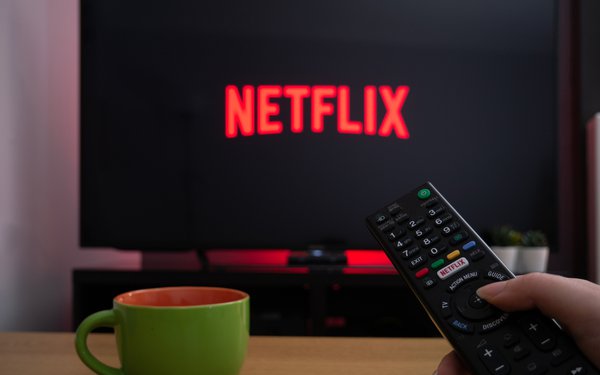 Although Netflix grew revenues nearly 20% to $7.3 billion in the second quarter, according to its financial release, and paid subscribers over-performed -- adding 1.5 million -- investors were a bit concerned. All this drove the stock down 5% in after-market trading.

The concern arose as the company now estimated an addition of 3.5 million subscribers in the third quarter of this year. Analysts have been anticipating a 5.5 million number.

A company statement says: “Covid has created some lumpiness in our membership growth (higher growth in 2020, slower growth this year), which is working its way through.”

Still, Netflix says the 3.5 million third-quarter estimate would be an improvement over the 2.2 million in the year-ago quarter. Total global subscribers are now at 209.2 million.

Perhaps more glaringly, for some, U.S./Canadian subscribers actually dipped 430,000 to 73.95 million from the first quarter’s total of 74.38 million. This was expected, the streamer said. “We believe our large membership base in the [U.S./Canada] coupled with a seasonally smaller quarter for acquisition is the main reason for this dynamic.”

Although net income more than doubled results from a year ago -- to $1.3 billion from $702 million -- earnings per share was under analyst projections, landing at $2.97 per share versus a $3.16 per share projection

In its second-quarter period, Netflix says: “Our engagement per member household was, as expected, down versus those unprecedented levels” -- a result of high usage during the stay-at-home period of the pandemic a year ago.

Netflix adds: “Retention continues to be strong and better than pre-Covid Q2 2019 levels, even as average revenue per membership has grown 8% over this two-year period.”

“We don’t believe this consolidation has affected our growth much, if at all... While we are continually evaluating opportunities, we don’t view any assets as “must-have,” said the streamer.

With regard to Netflix's decision to start video game content, the platform says: “We view gaming as another new content category for us, similar to our expansion into original films, animation and unscripted TV. Games will be included in members’ Netflix subscription at no additional cost similar to films and series.”