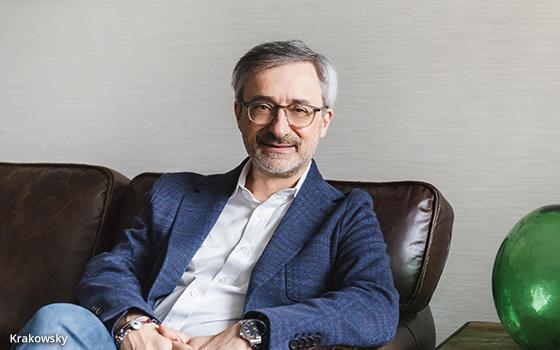 Interpublic Group, which returned to growth in the first quarter (earlier than expected) added double-digit net revenue and organic growth in Q2 prompting the company to sharply upgrade its full-year growth guidance to between 9% and 10%. The upgrade assumes that the health crisis—still not under control in some regions—doesn’t wreak havoc with the global economy in the second half of the year.

Previously the firm had forecast organic revenue growth of between 5% and 6%.

Wall Street was pleased with the results sending the company’s stock up more than 12% in morning trading on the New York Stock Exchange.

As IPG CEO Philippe Krakowsky noted on an earnings call today the firm’s Q2 results were well ahead of the quarter two years ago before the pandemic which he said “underscores the continued evolution and vitality of our offerings.”

The company’s Q2 net revenue was up 22.5% to $2.27 billion with organic growth (which strips out M&A and currency impact) of 19.8%. A year ago the firm posted its steepest declines during the pandemic-induced recession, including a 12.8% net revenue dip and an organic decline of nearly 10%.

The company’s organic growth reached double-digit territory in all of its key regions. In the U.S., which currently accounts for 63% of its business, organic growth was 17.4%. In the UK the growth spurt was 18.7% while Continental Europe shot up 27.9%. The Asia Pacific region reached 14% growth and Latin America 49%. The average growth for other markets was just over 29%.

And there was some good news on the hiring front. After laying off thousands last year, the company has added more than 5% to its head count this year to support business growth. Total staff count at the half-way mark through the year is an estimated 53,000. That said, company CFO Ellen Johnson said the firm did not expect to return to pre-pandemic staffing levels anytime soon.

Johnson told analysts that the company expects to save $160 million annually due to reductions in its real estate footprint.

Krakowsky said the overall ad economy remains strong but that the company’s performance is also due to actions it has taken over several years to boost capabilities in addressable advertising, precision marketing, ecommerce and other areas.

The company’s performance has been helped to a degree by sharp cost cutting during the pandemic which will realize some permanent savings. But costs will increase as the health crisis continues to ebb, said Krakowsky. “As we look ahead to post-pandemic work-life, we expect that expenses for travel, meetings, office utilities and the like to begin to return in the second half of this year, most notably in Q4, and of course into next year.”

In the U.S., he added, “we expect to have more people returning to our offices, in a flexible, hybrid model, beginning in mid-September, as is already the case in certain other areas of the world. We will, of course, be mindful of the public health situation, and of the learnings we’ve accumulated during the past 16 months when it comes to flexible work practices.”