Where's The Beef? Steak-umm Asks Americans To 'Meat' Each Other Halfway 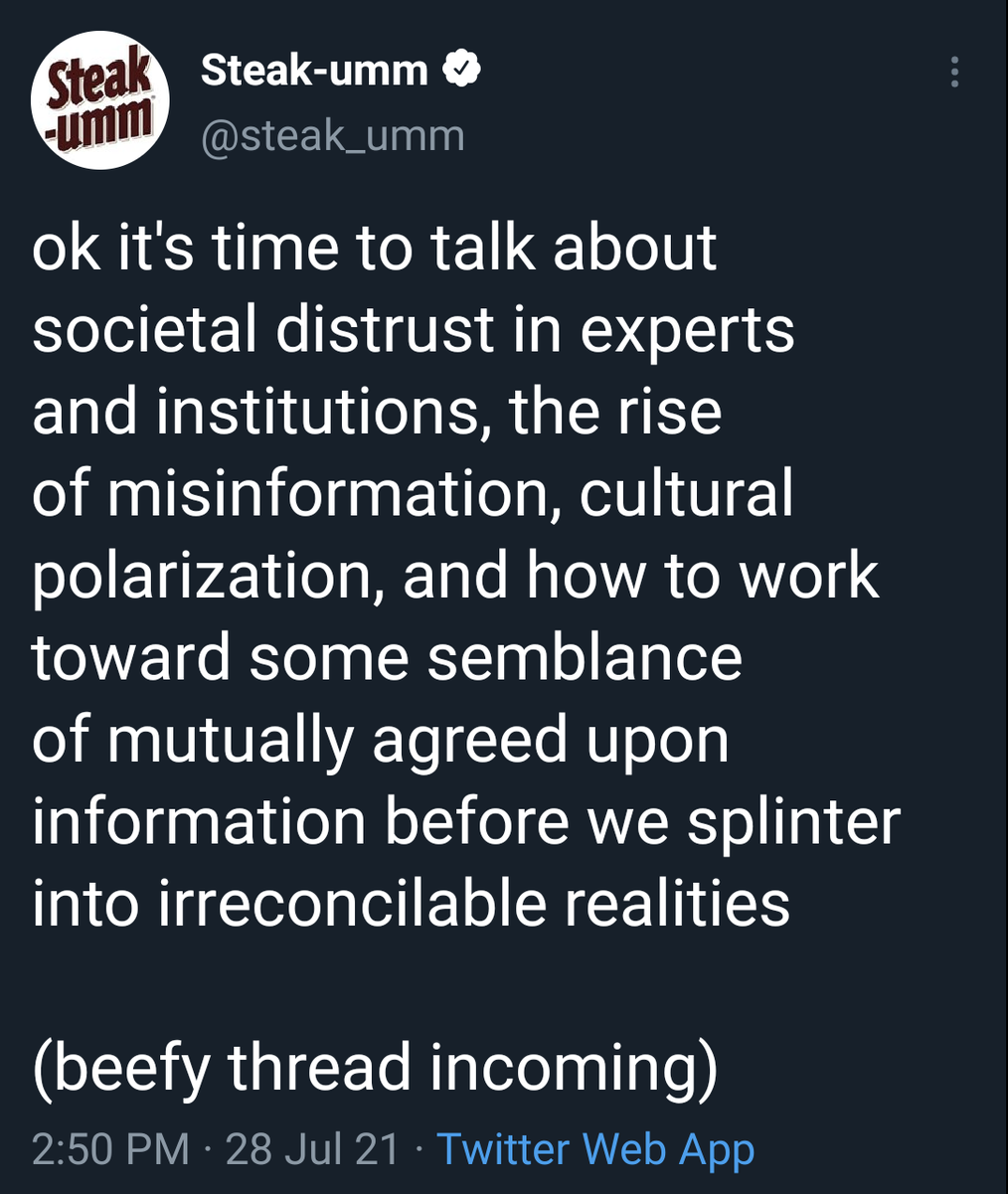 Of all the brands taking a stand against the polarization of facts, as well as the weaponization of disinformation, in America, Steak-umm wouldn’t necessarily be the first to come to mind. But in a “beefy thread” tweeted Wednesday, the social media team managing the Quaker Maid Meats brand took a stand on the front line in order to “work toward some semblance of mutually agreed upon information, before we splinter into irreconcilable realities.”

While not explicitly addressing political partisanship, the meat pun placed thread, called on Steak-umm’s Twitter followers to “meat people where they are and deliver tangible benefits to improve their lives.”

The 14-tweet posting never actually tackles a single factual debate, but concludes by noting that while followers should “use critical thinking” and “work toward solutions with one another,” they should also “remember this whole threat was an ad so please buy our frozen meat.”