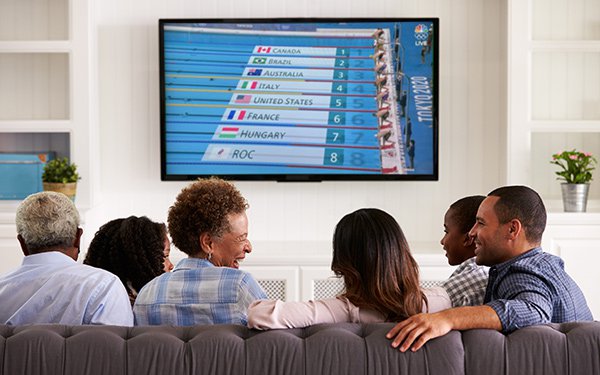 Against the backdrop of dramatically lower Tokyo Olympics viewing, NBCUniversal advertising revenues soared 33% in the second quarter versus a year ago -- reflecting continued marketplace recovery from the major ad declines incurred in 2020, due to the COVID-19 pandemic.

Referring to NBC’s Tokyo Olympics, Jeff Shell, CEO of NBCUniversal, said during an earnings call with analysts that although linear TV viewership totals were less than anticipated, the company projects the games will still be profitable -- largely due to strong digital advertising revenues.

The games have are estimated to have pulled at least $1.3 billion in advertising revenue -- a record.

In addition to NBCUniversal, strong second-quarter advertising revenue came to other Comcast-owned companies.

At its European broadcaster, Sky, ad sales doubled from $321 million to $643 million. At Comcast U.S.-based cable-video systems, advertising revenue climbed near 60% to $679 million.

Other cable-video systems revenues also were up. Broadband revenue from customers was 14% higher to $5.72 billion, and cable-video added
2.6% to $5.55 billion.

Overall, NBCUniversal revenue -- which includes distribution and content sales -- was up 25.7% to $5.1 billion.

Digital media revenue increased 31.1% during the period. Since the start of this year, NBCUniversal’s total media segment was up 13.5% to $10.2 billion.

During the second three months of 2021, NBC’s studio revenue grew 8.4% to $2.2 billion in the second quarter of 2021, primarily as a result of higher theatrical revenue.

Theatrical revenue increased by $191 million. Starting in mid-March virtually all U.S. theaters closed down due to COVID-19.

Company-wide Comcast revenue was up 20% in the period to $28.5 billion. Quarterly net income was $3.6 billion, up from $3 billion a year ago.