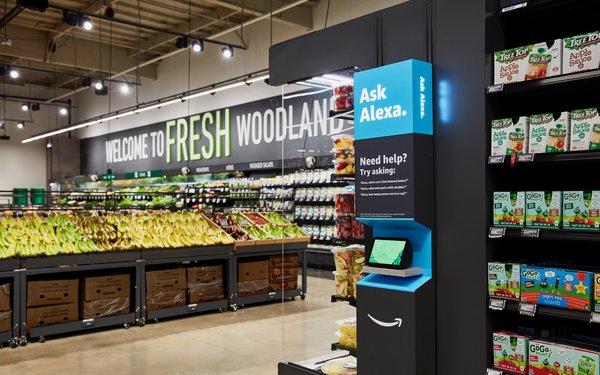 Ouch. Amazon’s second-quarter numbers are out, and while they were well within the range of its guidance, slower sales gains disappointed observers. And that’s creating ripples of worry about the months ahead.

Of course, if any other company had announced gains this well, Amazonian, there’s be cartwheels of joy. But this is Amazon, failing to meet its Wall Street predictions for the first time in several years.

And while the cause is due in part to tough comparisons -- the year-ago period was at the height of the pandemic when consumers stormed the ecommerce behemoth -- there may be hints of bigger changes.

This quarter also marks the first earnings release under CEO Andy Jassy, who recently took over for Jeff Bezos, who continues as executive chairman.

The Seattle-based company’s “underperformance was largely driven by customers spending less time in the home as restrictions and lockdowns eased in some of the company’s largest markets,” writes Michael Pachter, who covers the company for Wedbush Securities. “As a result, growth in Prime member spend moderated relative to levels seen during the peak of the pandemic.”

But more concerning is its forecast for the third quarter, which predicts a sales growth of between 10% and 16%, or about $106 billion to $112 billion. Observers had been expecting $119.3 billion.

“Amazon has delivered sequential growth from its June to September quarters every year since 2002, suggesting that seasonal trends will allow the company to beat its guidance once again,” he writes. But with the shift in Prime Day timing from September to June, that may be more difficult. Still, he thinks back-to-school “could provide a boost later this quarter, and fully expect sequential growth in September.”

Wedbush has an “Outperform” rating on Amazon.

Dan Romanoff, who follows the company for Morningstar, is also encouraged. “We see no cracks in the long-term story, as Amazon remains well positioned to prosper from the secular shift toward e-commerce and the public cloud over the next decade,” he writes. “We note revenue weakness was limited to Amazon’s own online store segment, with other segments performing well and overall profitability impressive despite lower revenue.”

Some, however, think the rare surprise from Amazon reflects a shift in the ecommerce landscape.

“Amazon is now entering an era of heightened competition in which many more retailers have expanded their online and multichannel capabilities,” writes Neil Saunders, managing director of GlobalData, in his report on Amazon’s results.

“Digital investments have been ramped up significantly over the past year and most large retailers now have better online propositions and are more adept at quickly getting product into the hands of consumers.” And while few can challenge Amazon’s superior logistics capability, Saunders says the ecommerce giant’s slowdown shows traditional retailers are fighting harder to compete.