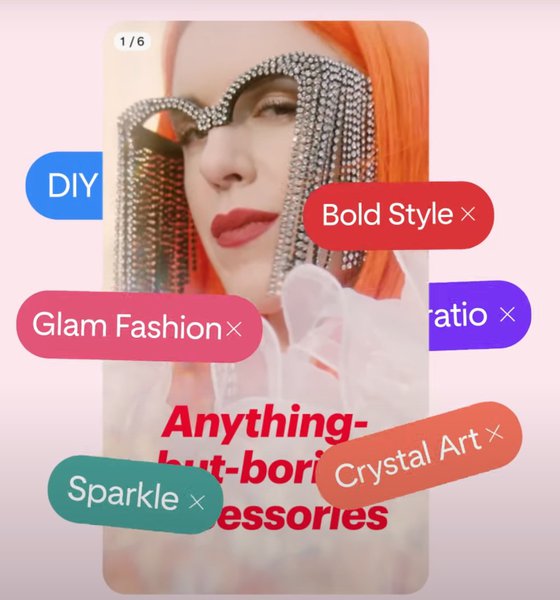 Pinterest, which has long been wooing disrupter brands to advertise on its platform, spooked observers with some unexpected news this week: It lost about 7% of its U.S. users.

The rest of its second-quarter financial results soared past expectations. That includes a 125% jump in revenues, growing to $613 million, from $272.5 million in the comparable period last year. Net income rose to $69.4 million, compared to a loss of $100.7 million in the year-ago period. And global monthly active users increased by 9%, reaching 454 million.

But headlines focused on the unexpected dip in American fans. Pinterest’s reluctance to commit to a third-quarter forecast of U.S. users, citing ongoing uncertainty around the pandemic, didn't help. At one point, the stock fell to almost 20% below recent trading ranges.

In announcing the results, Ben Silbermann, Pinterest's co-founder and CEO, chalked them up to "recent shifts in consumer behavior we've seen as people spend less time at home."

Even before the announcement, analysts had been detecting that shift, and in its first-quarter results, the company had said growth was slowing for monthly users.

Baird, for example, in its recent engagement study of Internet users, finds that people are disengaging, albeit slightly, from Facebook, Instagram, Pinterest and Twitter, even as they spend more time on TikTok and Snapchat.

Colin Sebastian follows Pinterest for Baird and notes that while the drop in U.S. users is concerning, "we believe that monetization will prove to be the more critical growth driver."

He points out there’s "impressive advertiser demand, including a strong recovery in spending from large advertisers and a growing contribution from travel verticals."

Wedbush Securities, which currently rates Pinterest as an "outperform," says that despite the company's step back in user growth, Pinterest's "long-term story is still intact."

Ygal Arounian, who follows the company for Wedbush, writes that the San Francisco-based Pinterest is "almost turning into a transition story, as it rebuilds its platform around engaging Idea Pins (or video content), rather than static images." How well that will work now, with users falling below expectations and behaving -- more or less -- as they did before the pandemic, is still in question.

He is encouraged that most of the drop came from desktop users rather than mobile, which accounts for about 75% of total users. And growth has been strong among users 25 and younger.

"Pinterest does continue to build out a unique platform that is more shoppable and continues to outpace expectations around monetization, which is a testament to the unique format of its platform," he adds. "Over time, Pinterest should have room to grow ad loads and strengthen its ad products."

For smaller D2C brands, Pinterest continues to be a significant social-commerce platform. Pinterest says that 97% of the platform's top searches are unbranded, consisting of just two or three-word queries.

That means businesses of any size "have an equal chance to be discovered," it says, in a recent announcement about global expansion plans with Shopify. "This unique mindset of the Pinterest audience provides a valuable advantage to small and medium-sized businesses who can gain more visibility because of the relevancy of their content and the quality of their products."