Amazon Shows How 'Prime Changes Everything' 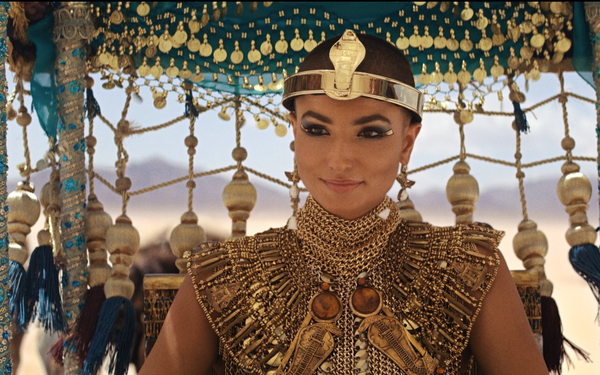 Amazon is launching a brand campaign that shows how “Prime Changes Everything” — or would have if it had been around for the likes of Rapunzel and Cleopatra.

If she’d had a Prime Membership, Rapunzel could have simply ordered a ladder for same-day delivery, instead of having to wait around for some silly prince to save her.

After streaming "Coming 2 America" on Prime Video, Cleopatra realizes that rulers can give back, as demonstrated by King Akeem in his efforts to gift his community, and therefore purchases gifts for all using Prime delivery.

Created in partnership with Amazon’s in-house creative team, UK agency Joint London and Hungry Man productions, “the spots provide a confident, self-aware and light-hearted look at how Prime can impact your everyday life in a fantastic way,” per the online retailer in a release.

The global campaign will run across broadcast, radio, digital and social channels. The 30- and 15-second spots broke today and will run through the end of the year. The ad campaign will then launch in Australia, the United Kingdom, Germany and Austria in the third quarter.

Amazon launched a branding campaign featuring Michael B. Jordan during the Super Bowl.