Heineken N.V.: Marketing/Sales Spend Expected Back On Track By 2023 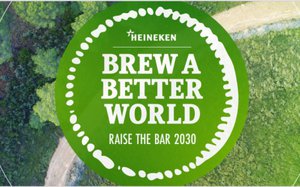 Heineken N.V. plans to restore its marketing and sales spend to pre-pandemic levels of 11.7% of net revenue by 2023, chief executive officer Dolf van den Brink said as the Amsterdam-based brewer released its half-year earnings. The marketing/ad spend was reported as 9.3% this January to June, after having dropped to 11.1% in 2020.

Heineken, the world’s #2 brewer, doesn’t provide exact numbers for the U.S., grouping the country as part of its Americas region, where net revenue for the half-year rose 25.7% and operating profit 85.7%, “mainly driven by Mexico and Brazil.”

Heinekin USA, though, “grew ahead of the market,” van den Brink said, “driven by Heineken and Dos Equis, which benefited from innovations like Dos Equis Ranch Water and Dos Equis Lime and Salt,” and the reopening of on-premises business, which he said had bounced back “to at or above 2019 levels in big parts of the U.S.”

Non-alcoholic volume more than doubled in the Americas, van den Brink said, led by Heineken 0.0, and complemented by such brand extensions as Desperados Virgin Mojito and Lagunitas Non-Alcohol IPA.

The company also cited Heineken USA’s partnership with Waze on its “when you drive never drink” messaging as a highlight of its 2030 Brew a Better World program, which launched on Earth Day. The program set out a series of goals for “driving a positive impact on the environment, social sustainability and the responsible consumption of alcohol.”