Why The Ad Industry Needs More Of A Collective Consciousness 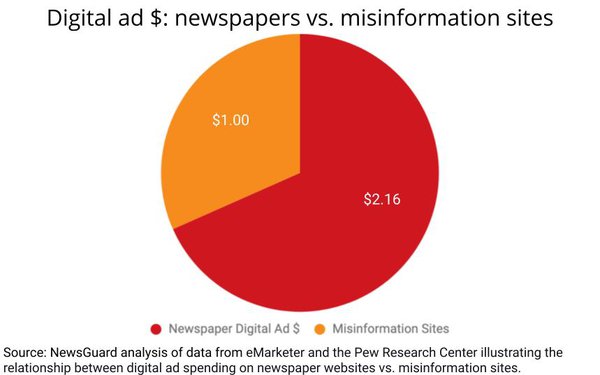 By now, it is little surprise that the programmatic advertising marketplace underwrites lots of nefarious activities, including various forms of ad fraud, organized crime and a variety of publishers of misinformation. But who knew it was all being funded by legitimate advertisers? Apparently, NewsGuard did.

While the report does not make a case that many -- if any -- advertisers are doing that willfully, it sheds light on the unintended consequences Madison Avenue plays in disrupting the world's knowledge by placing programmatic media buys to reach the right audience, but in the wrong places.

"The data underscore the scale at which online misinformation and disinformation is unintentionally bought and paid for by major advertisers, who place their ads on thousands of websites using programmatic advertising, a byzantine, computerized process -- leaving brands with little idea where their ads are appearing and what messages they are financing," NewsGuard states in the report, adding an even more ironic implication: that much of that spending is coming at the expense of authentic publishers of information: newspaper websites.

According to NewsGuard's analysis of data from eMarketer and the Pew Research Center, "for every $2.16 in digital advertising sent to legitimate newspapers, U.S. advertisers are sending $1 to misinformation sites."

Now, after covering media planning and buying for more than 40 years, I know as well as anyone that when it comes to such things, Madison Avenue doesn't have a collective consciousness -- or a conscience -- and that the results of this unintended underwriting of bad actors is at worst, simple negligence driven by ignorance, marketplace pragmatism, or most ironic of all, misinformation.

But maybe it's time for advertisers and agencies to develop more of a collective approach to solving this problem. We are already seeing some signs of that in both individual agency (some of the biggest have already signed up to NewsGuard's data to create whitelists and blacklists for filtering misinformation sites from their media buys) and industry initiatives like the World Federation of Advertisers GARM (Global Alliance for Responsible Media).

Those efforts aren't just good corporate citizenry, but also good business practice. For a variety of reasons, including economics and especially in regard to one of the ad industry's favorite Holy Grail acronyms: ROAS (return on advertising spending).

How do I know this, because I was also sent an analysis conducted by audience research lab MediaScience, which found that ad spending on legitimate news outlets outperforms ad spending places on illegitimate ones.

The analysis measured 5,350 participants and ran across 42 newspaper print runs and 252 websites for a total of 6,037 unique brand exposures, comparing a variety of brand exposure and lift metrics for ads placed on news publishers vs. ads placed on Facebook and YouTube. 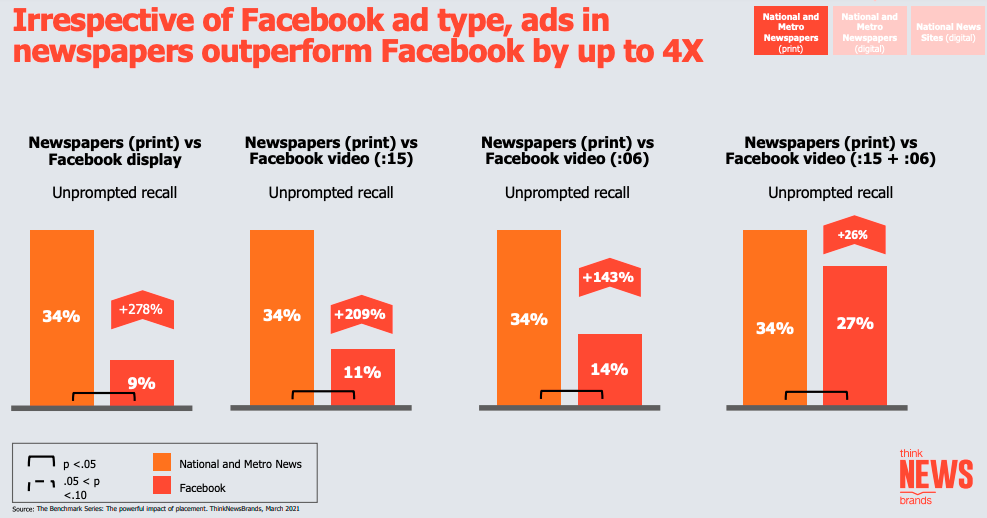