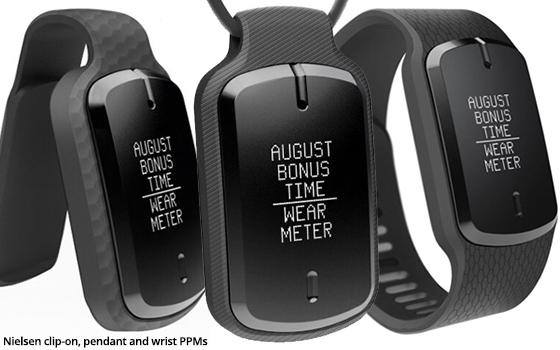 New “wearables” will help Nielsen modernize its portable people meter (PPM) to be used as support for the upcoming Nielsen One service, its all-encompassing cross-media measurement platform.

Some 3,000 of these smaller wearables will be a “subset” of nearly 60,000 active PPM panelists, according to the company. PPM has been used to support Nielsen’s national/local TV and audio measurement.

Nielsen says the new technology -- which can be worn on the wrist like a watch or as a pendant or clip -- focuses on how to get better “compliance” among specific demographics groups, such as younger consumers.

Nielsen One, which intends to combine data from digital and traditional linear broadcast, is expected to hit the market in early 2022.

This comes amid some significant pandemic-related issues for Nielsen.

For the better part of 2020 and into early this year, Nielsen has had issues with undercounting of data from TV home due to the pandemic, when the company’s field agents could not service its TV panelist households, according to the TV trade group VAB.

The VAB asked the Media Rating Council to suspend Nielsen’s ratings accreditation. The MRC is a nonprofit organization managing accreditation for media research and rating companies.

In May, the MRC said changes to Nielsen's panel procedures showed persons 18-49 were “understated” by about 2% to 6% in the Nielsen Total Usage of Television (TUT) metric in February 2021.